'No one has sixth sense': Bilawal Bhutto defends Imran's trip to Russia 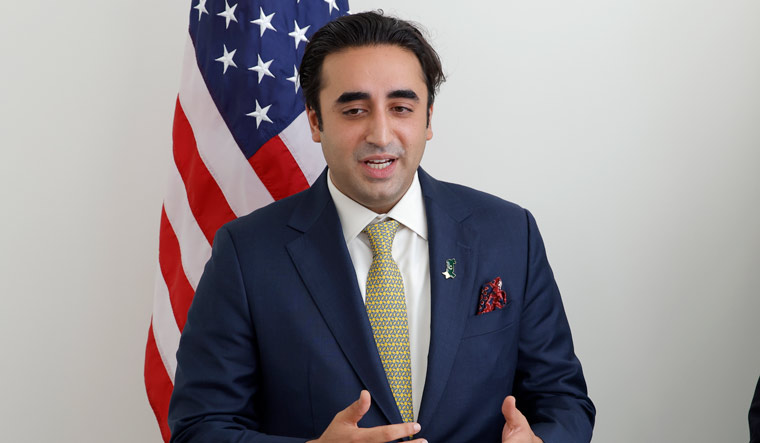 Former Pakistan prime minister Imran Khan is expected to give a call to his supporters on Friday for a 'long march' to Islamabad to push for new national elections.

The long march, if it materialises, will herald a new standoff between Imran's PTI and the coalition government of Prime Minister Shehbaz Sharif, which is backed by the Pakistan People's Party (PPP) and Pakistan Muslim League-Nawaz (PML-N).

Bilawal, who is on a visit to the US, spoke about Imran's trip to Russia, which coincided with the start of the Russian invasion of Ukraine on February 24. Imran's trip to Russia and his government's 'neutral' stance on the conflict was panned by his critics in Pakistan and also some in the West. Imran has been alleging the US had sought to topple him as it was unhappy with his 'independent' foreign policy, including on the Ukraine crisis.

At a news briefing at the UN headquarters on Thursday, Bilawal was quoted by Dawn as saying “As far [as] the former prime minister’s trip to Russia, I would absolutely defend the former prime minister of Pakistan. He conducted that trip as part of his foreign policy and without knowing that—no one is psychic, no one has a sixth sense—there’s no way we could have possibly known that that would be the time [when] the current conflict will start... And I believe it is very unfair to punish Pakistan for such an innocent action.”

According to ARY News, Bilawal said “It will be wrong to blame Pakistan over Russia visit. We are tired of facing back-to-back wars. Our children and women have been martyred and now we think that war is not the solution to any issue.”