Ukraine to resume evacuations out of Mariupol 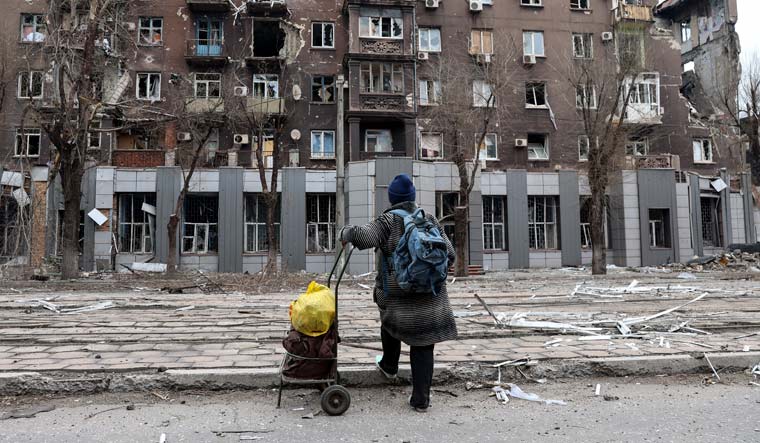 Ukraine says its evacuation efforts to bring some civilians out of the war-torn port city of Mariupol will resume Wednesday.

Deputy Prime Minister Iryna Vereshchuk said Wednesday there is a preliminary agreement to operate a so-called humanitarian corridor route westward to the Ukraine-controlled city of Zaporizhzhia. It will apply to women, children and older people from Wednesday afternoon local time, she said in a statement on the messaging app Telegram.

She added that Mariupol was the focus of Ukrainian efforts to help civilians because of the catastrophic humanitarian situation in the city, which has seen intense fighting for weeks as Russian troops have pushed Ukrainian forces back and now have them encircled in a steel mill complex.

Vereshchuk previously said there would not be an agreed evacuation route out of Mariupol on each of the past three days, saying at the time that an agreement had not been reached with Russia. There was no immediate confirmation from the Russian side. Ukraine and Russia have frequently blamed each other for obstructing evacuations from Mariupol or firing along the agreed route, which has typically only been open to people traveling using private vehicles.