Macron, if he wins has promised a more pro-EU stance 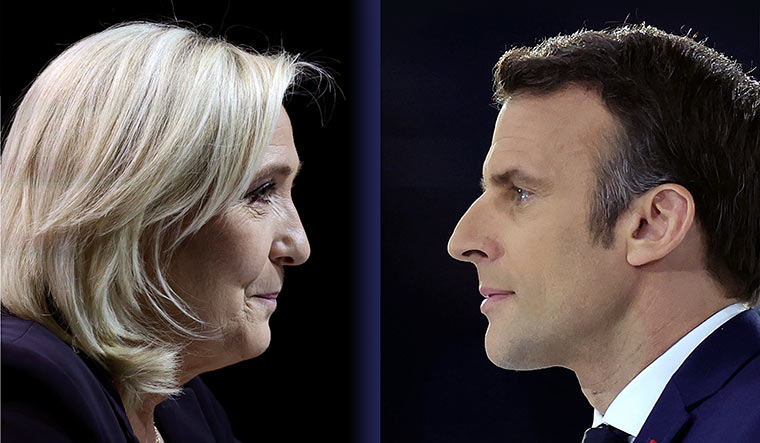 UK's political bookmakers have projected for a Macron win in the presidential run-off against far-right challenger Marine Le Pen. As per the websites of William Hill and Paddy Power, Macron has a 90 per cent chance of winning. The figure has risen from 55 per cent in the past few days. Betfair Exchange had 92.6per cent and Ladbrokes 94.1 per cent, a Reuters report read.

The debate between Macron and Le Pen will begin at 7 pm local time. The confrontation will last for two and half hours. The high-stakes debate is what could decide who would go on to win the final phase of polls on April 24.

“The debate was a failure for which I paid a very heavy price,” Le Pen admitted last month, vowing not to make the same mistakes twice, the Guardian reported. The debate has been a tradition in French politics since 1974.

While Macron, if he wins has promised a more pro-EU stance, Le Pen has promised to reform the nation with a France first approach. LE Pen's pro-Putin stance, however, could work against her, as Macron is bound to play her up as an extremist who cannot be trusted with foreign policy. Le Pen on the other hand has the opportunity to convince France that she has moderated her anti-immigration stance.