So far, the Vatican hadn't yet publicly condemned Russia 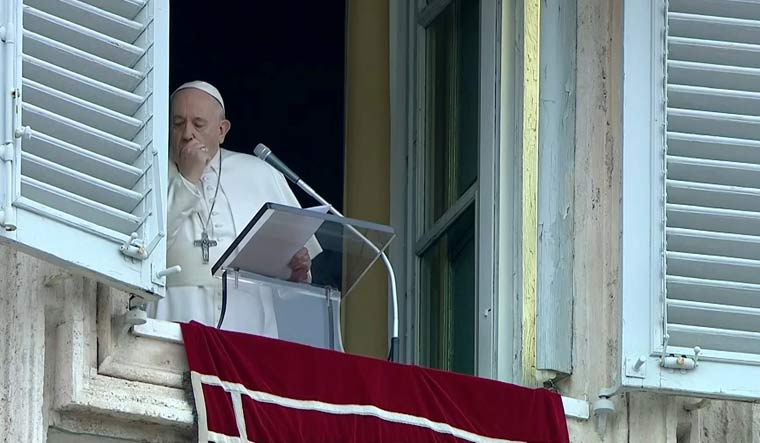 The Vatican, which so far maintained a neutral stand over Russian invasion of Ukraine, and failed to publicly condemn it, n Sunday rejected Russian President Vladimir Putin's assertion that the aggression against Ukraine is "a special military operation", and called it a "war".

During his weekly address to people gathered in St. Peter's Square, Francis said, "In Ukraine rivers of blood and tears are flowing. This is not only a military operation but a war which is leading to death, destruction and misery."

So far, the Vatican had called for peace, humanitarian corridors, a ceasefire and a return to negotiations, and even offered itself as a mediator, but hadn't yet publicly condemned Russia.

For a pope who had declared the mere possession of nuclear weapons immoral and cautioned against using atomic energy because of the environmental threat posed by radiation leaks, the silence was notable.

Francis took an unprecedented step last week when he went to the Russian Embassy to the Holy See to meet with the ambassador. But the only thing the Vatican said about the meeting was that Francis went to “express his concern about the war.” He also spoke by phone with Ukrainian President Volodymyr Zelenskyy.

The moderate tone was also echoed when the Holy See's ambassador to the United Nations stressed the need for humanitarian corridors in Ukraine to allow refugees out and humanitarian aid in. He didn't identify Russia as the reason they were needed, according to the Vatican summary of his remarks.