US: Republican party threatens to withdraw from presidential election debates

The party demanded that rules for the presidential debates be changed 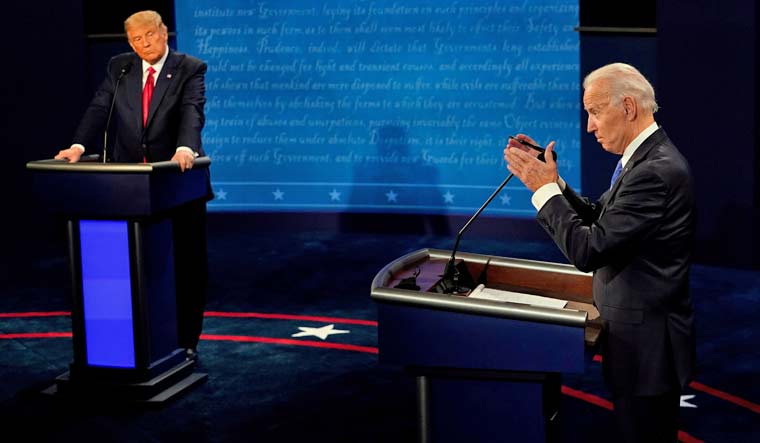 The Republican Party, on Thursday, in a letter cited to the Commission on Presidential Debates (CPD), demanded that rules for the debates be changed. the Republicans, in the letter, have claimed that the rules of the debates are biased against it.

The commission was set up in 1987, as a non-partisan body “to ensure, for the benefit of the American electorate, that general election debates between or among the leading candidates for the offices of president and vice-president … are a permanent part of the electoral process,” a Guardian report reads.

The Republican National Committee (RNC) threatened to boycott the debates unless the rules were changed. In a letter to the CPD on Thursday, RNC chair Ronna McDaniel accused the commission of "stonewalling the meaningful reforms necessary to restore its credibility with the Republican Party as a fair and nonpartisan actor," an AFP report reads.

"The CPD's plans for 2024 will be based on fairness, neutrality and a firm commitment to help the American public learn about the candidates and the issues," the CPD told the New York Times.