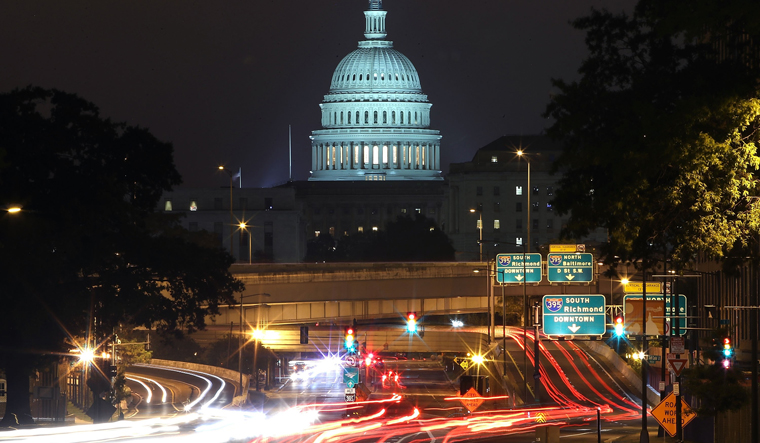 The US Capitol is shown on in Washington, DC. Later today the U.S. Senate will proceed with a cloture vote for Supreme Court Justice nominee Brett Kavanaugh which could could pave the way for a final vote on his confirmation to the high court as early as Saturday | AFP

The House panel investigating the US Capitol insurrection is demanding records and testimony from a former White House aide they say helped draft former President Donald Trump's January 6 speech, along with two others it says were in communication with people close to Trump.

We have reason to believe the individuals we've subpoenaed today have relevant information and we expect them to join the more than 340 individuals who have spoken with the Select Committee as we push ahead to investigate this attack on our democracy and ensure nothing like this ever happens again," Thompson said in a letter Tuesday.

Worthington is a former Trump White House and campaign aide who served as a speechwriter and policy adviser. He had previously worked for former Republican House Speaker Newt Gingrich, a Trump ally.

Surabian is a GOP strategist who has worked with Trump's eldest son, Trump Jr., former Trump strategist Steve Bannon and others within the Trump orbit.

The committee alleges he and Schwartz, another strategist who has worked with Trump Jr. and Bannon, communicated with people including Trump Jr. and his fiance and Trump fundraiser Kimberly Guilfoyle regarding the January 6 rally on the Ellipse.

An attorney representing Surabian said his client will cooperate with the committee within reason, but does not understand why the subpoena was issued in the first place.

He had nothing at all to do with the events that took place at the Capital that day, zero involvement in organizing the rally that preceded it and was off the payroll of the Trump campaign as of November 15, 2020, Daniel Bean, an attorney representing Surabian, said in a statement.

Schwartz had no comment when reached by The Associated Press on Tuesday, and Worthington did not immediately respond to requests for comment.

Trump at the time was pushing false claims of widespread voter fraud and lobbying Vice President Mike Pence and Republican members of Congress to try to overturn the count at the Jan. 6 congressional certification. Election officials across the country, along with the courts, had repeatedly dismissed Trump's claims.