The US continues to see an exponential rise in cases 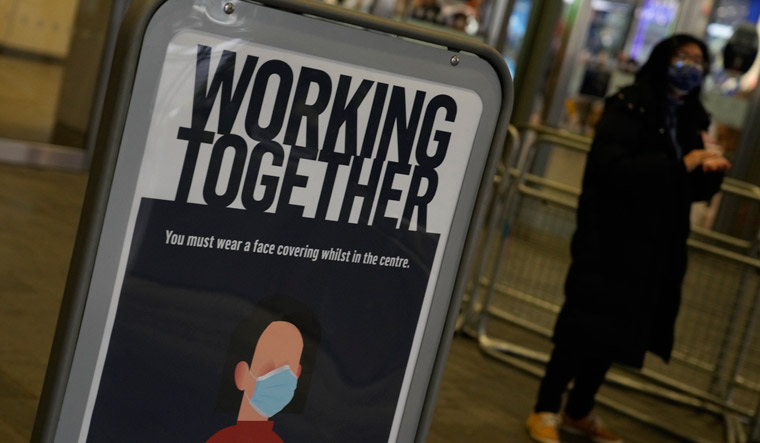 Scientists are detecting signs that COVID-19's frightening omicron wave has crested in the United Kingdom and is about to do so in the United States, at which point instances could begin to decline rapidly.

The reason for this is that barely a month and a half after being discovered in South Africa, the variation has proven to be so contagious that it may be running out of individuals to infect.

“It’s going to come down as fast as it went up,” said Ali Mokdad, a professor of health metrics sciences at the University of Washington in Seattle.

Experts warn, however, that much remains unknown about how the pandemic's next phase may play out. According to government data, new COVID-19 cases in the United Kingdom fell to around 140,000 per day in the previous week after spiking to more than 200,000 per day earlier this month. While cases are still climbing in locations like southwest England and the West Midlands, Kevin McConway, a retired professor of applied statistics at Britain's Open University, believes the outbreak has peaked in London. The data have generated optimism that the two countries are set to experience something similar to what happened in South Africa when the wave crested at record highs in less than a month and then crashed.

“We are seeing a definite falling-off of cases in the UK, but I’d like to see them fall much further before we know if what happened in South Africa will happen here,” said Dr Paul Hunter, a professor of medicine at the Britain’s University of East Anglia.

“There will probably be some ups and downs along the way, but I would hope that by Easter, we will be out of this,» Hunter said.

“The next few weeks are going to be brutal because, in absolute numbers, there are so many people being infected that it will spill over into ICUs,” Jha said.

The US continues to see an exponential rise in cases due to the Omicron variant. Health experts say omicron appears to cause less severe symptoms and fewer hospitalisations. However, its rapid spread indicates that it is much more contagious than other variants. Omicron is currently the culprit in more than 90 per cent of US cases, a dizzying rise from less than 10 per cent two weeks ago. the US reported a record 1.35 million new COVID-19 cases in the last 24 hours. Top infectious disease expert Dr Anthony Fauci said, "Omicron, with its extraordinary, unprecedented degree of efficiency of transmissibility, will ultimately find just about everybody."

– With inputs from AP via PTI