India and Russia had discussed joint defence projects in the region 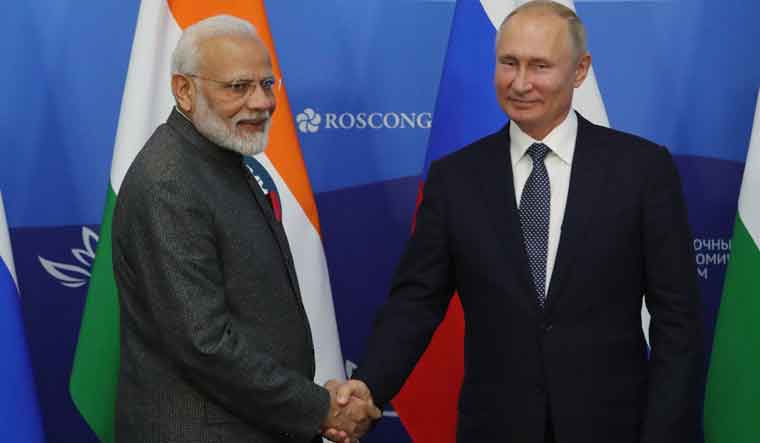 Russian state-run news agency TASS has acknowledged the reports of an agreement to have India produce and maintain weapons for the former Soviet-bloc states in Central Asia.

India and Russia reportedly discussed joint defence projects in Central Asia (Kazakhstan, Kyrgyuzstan, Tajikistan, Turkmenistan and Uzbekistan) following the 2+2 ministerial meet on December 6. A “non-paper” (one without a diplomatic letterhead) was exchange, according to the Economic Times.

On Thursday, state-run news agency TASS acknowledged the report, citing an article by independent news outlet Nezavisimaya Gazeta that referred to reports in Indian media. The report said "a document was signed stipulating in particular that the Indians will be able to supply the former Soviet republics with spare parts for those types of weapons that Russia and India manufacture jointly."

In an interview with Nezavisimaya Gazeta, Director of the Center for Strategies and Technologies Ruslan Pukhov said India's increased diplomatic efforts with Russia in Central Asia could displease Beijing. "India’s ambitions, which considers itself the largest democracy in the world population-wise, may cause some inconvenience to Russia as well. New Delhi does not want to weaken Moscow's position at all. But the Central Asian regimes, depending on Moscow economically and militarily, now have room for maneuvering. They can now bargain with us."

A report by the Central Asian Bureau for Analytical Reporting this year, Using data from the Stockholm International Peace Institute (SIPRI), showed that Central Asian countries were steadily diversifying who them import arms from—though Russia remained the overwhelming #1 supplier in all countries except Turkmenistan (where arms are primarily sourced from Turkey).

Competitors for arms supplies come in the form of the US (which made up 1.4 per cent of Kazakhstan’s arms imports between 1991-2020) and China (which was Uzbekistan’s second largest arms importer in the same period).

While China too fields several Russian weapons systems, it has also a long history of reverse-engineering and duplicating these, leading to greater self-sufficiency in defence at Moscow’s expense. Russia reportedly seeks to reduce China’s influence in Central Asia through the plan with India to jointly manufacture and maintain arms for the bloc, Nezavisimaya Gazeta reported.

India’s trade with Kazakhstan, Uzbekistan, Turkmenistan, Kyrgyzstan and Tajikistan was below $2 billion in 2018. In the same period, China traded items worth $50-60 billion.

ALSO READ: A high-stakes game in Central Asia: What India has to gain

India fields several Soviet-era weapons, from the T-72 tank to the MiG-29 fighter jet. The domestic defence industry manufactures or assembles spares for these systems. Of late, there has been added impetus to increase defence exports.