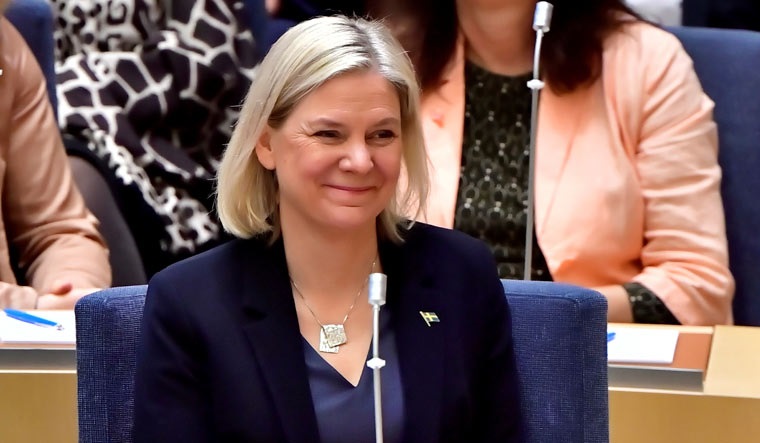 Magdalena Andersson, who last week was Sweden's first woman Prime Minister for a few hours before resigning because a budget defeat made a coalition partner quit, was on Monday elected again as head of government.

In a 101 -173 vote with 75 abstentions, the 349-seat Riksdag elected Andersson, leader of the Social Democrats, as Prime Minister.

She will form a one-party, minority government.

The Cabinet is expected to be named Tuesday.

Andersson served as Prime Minister for seven hours before stepping down last week after the Greens left her two-party coalition.

Their move followed the rejection of her government's budget proposal — in favour of one presented by opposition parties including the right-wing populist Sweden Democrats, which is rooted in a neo-Nazi movement.

Under the Swedish Constitution, Prime Ministers can be named and govern as long as a parliamentary majority — a minimum of 175 lawmakers — is not against them.