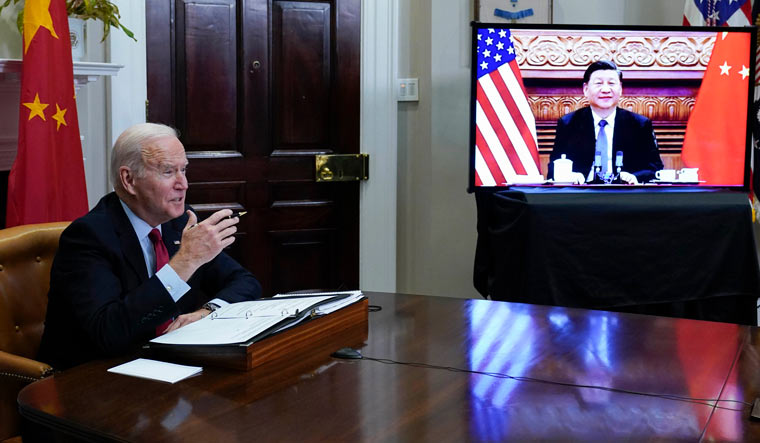 China’s government, miffed that Us President Joe Biden invited Taiwan to a ‘Summit for Democracy’, asked that the US stick to the ‘one China’ policy. Though a democratically governed island, China considers Taiwan to be “an inalienable part of Chinese territory.”

The summit is viewed as a test of Biden’s vow to return the US to a position asserting global leadership. Russia and China have been excluded from the summit.

China’s foreign ministry said it was “firmly opposed” to the invite to Taiwan. “US actions only go to show democracy is just a cover and a tool for it to advance its geopolitical objectives, oppress other countries, divide the world and serve its own interests,” ministry spokesman Zhao Lijian told Reuters.

“China firmly opposes the US invitation to the Taiwan authorities to participate in the so-called Summit for Democracy,” Lijian added. The virtual summit, in which 109 democracies will partake, will take place on December 9 and 10.

Taiwan, in the meantime, has said that China has no right to speak of its “one China” claim.  China has been asking countries to downgrade or sever ties with Taiwan. A spokesperson for Taiwan’s presidential office thanked Biden for an invitation to the summit.

During a virtual meeting between China’s Xi Jinping and Biden last week, differences between the US and China over Taiwan persisted and the former had warned Beijing would have “no alternative but to take drastic measures” if their “red lines” were crossed.

According to the US Navy, a US warship has gone through the channel dividing Taiwan and China for the first time since the two nations held a rare video conference earlier this month.

The USS Milius, an Arleigh Burke-class guided-missile destroyer, made a regular transit of the Taiwan Strait, according to the US Seventh Fleet. The mission "demonstrates the United States' commitment to a free and open Indo-Pacific," according to the statement.

The US does not officially recognise Taiwan's sovereignty. But, has for decades provided support, including military training and weapons, to the island, which Beijing considers part of its territory. China’s foreign ministry spokesman Zhao Lijian condemned the latest transit as a "deliberate attempt to disrupt and undermine regional peace and stability". "The US should immediately correct its mistake, stop stirring up trouble, crossing the line and playing with fire," Lijian added.