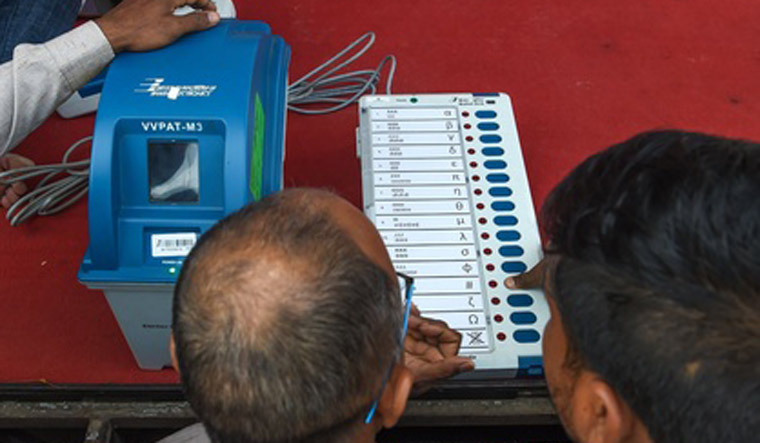 Pakistan's Leader of the Opposition and PML-N President Shehbaz Sharif has described the electronic voting machines as evil and vicious", slamming a fascist government led by Prime Minister Imran Khan for introducing a system aimed at rigging the next general elections.

Addressing a joint session of parliament, Opposition Leader of the National Assembly Sharif said the government and its allies wanted to bulldoze important bills on electoral reforms, terming it "illegal" and against the traditions of parliament.

The "selected government" wanted to introduce the electronic voting machines (EVMs) because it can no longer ask the people for votes, the younger brother of former prime minister Nawaz Sharif was quoted as saying by The Nation newspaper.

Terming the EVMs evil and vicious machines, the former chief minister of Punjab province said a system was being introduced by the government to further its agenda to rig the next general elections.

The general elections are scheduled to be held in Pakistan in 2023.

Never has Pakistan seen such a fascist government How can these thieves be expected to conduct transparent elections? The Friday Times quoted him as saying.

Sharif also asked Speaker Asad Qaiser to defer the joint session so comprehensive consultation could take place on the matter of electoral reforms.

If you allow this black law to pass, Pakistan will suffer a great deal, and you will be responsible for it, he told the Speaker.

In response to Sharif's speech, Foreign Minister Shah Mehmood Qureshi said the government did not want to introduce any black law, but was trying to undo the black laws introduced by the previous governments.

He said there have been no general elections in Pakistan where rigging allegations were not made.

But the question is, when will we learn from history and correct the course, he said, adding that it was time to introduce a fair system.