Amid rising tensions, China's Xi warns against a 'Cold War' relapse in Indo-Pacific 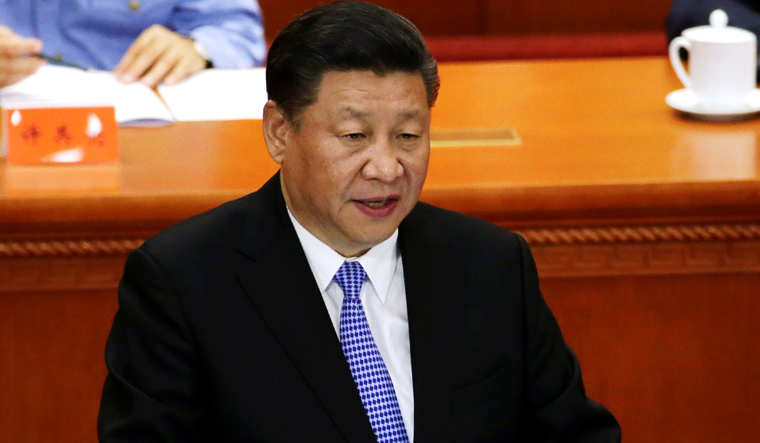 Chinese President Xi Jinping on Thursday warned against letting tensions in the Indo-Pacific cause a relapse into a Cold War mentality. His remarks on the sidelines of the annual summit of the Asia-Pacific Economic Cooperation forum came weeks after the US, Britain and Australia announced a new AUKUS security alliance in the region which would see Australia build nuclear submarines. China has harshly criticised the deal. Xi spoke in a pre-recorded video to a CEO Summit at APEC, which is being hosted by New Zealand in a virtual format. Xi is scheduled to participate in an online meeting with other Pacific Rim leaders, including US President Joe Biden on Saturday.

In his speech, Xi said attempts to draw boundaries in the region along ideological or geopolitical lines would fail. "The Asia-Pacific region cannot and should not relapse into the confrontation and division of the Cold War era," Xi said.

In all, APEC members account for nearly 3 billion people and about 60 per cent of the world's GDP. But, deep tensions run through the unlikely group of 21 nations and territories that include the US, China, Taiwan, Russia and Australia.

Tensions on the rise with the US

Tensions between the China and the US, unlike in recent years, have gone beyond rhetoric now, and are now firmly in the military zone. Recent satellite images had shown China building mock-ups of a US Navy aircraft carrier and destroyer in its northwestern desert, possibly as practice for a future naval clash. China has upgraded its military massively in recent years, and its capability and intentions are increasingly concerning to the United States as tensions rise over the South China Sea, Taiwan and military supremacy in the Indo-Pacific.

The US is increasingly wary of China's intentions, largely with regard to the status of Taiwan. China's navy and coast guard are also boosting their numbers of vessels at a record pace, concentrating them in the South China Sea, the strategic waterway that China claims virtually in its entirety. While the US Navy remains predominant, its resources are divided between the Indo-Pacific, the Persian Gulf, the Mediterranean and other regions where American interests lie.

China's test of a hypersonic weapon, capable of partially orbiting Earth before reentering the atmosphere and gliding on a maneuverable path to its target, also surprised top US military leaders. Beijing insisted it was testing a reusable space vehicle, not a missile, but the weapon system's design is meant to evade US missile defenses. Gen. Mark Milley, chairman of the US Joint Chiefs of Staff, said the test was very close to being a Sputnik moment, akin to the 1957 launching by the Soviet Union of the world's first space satellite, which fed fears the United States had fallen behind technologically.