Amid already frayed ties with Biden, Turkey's Erdogan expels US envoy, 9 others 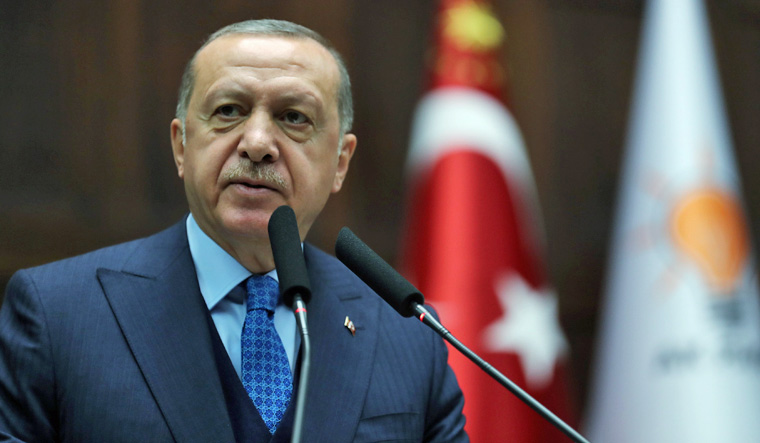 Turkish President Recep Tayyip Erdogan said that he had ordered 10 foreign ambassadors, including the envoys from the US, France and Germany, who called for the release of a jailed philanthropist, to be declared persona non grata. A declaration of persona non grata against a diplomat usually means that the individual is banned from remaining in their host country. "I gave the instruction to our foreign minister and asked him to immediately handle the persona non grata declaration of these 10 ambassadors," Erdogan said during a rally. He added: "They will recognise, understand and know Turkey. The day they don't know or understand Turkey, they will leave."

Why were the envoys expelled?

Ambassadors representing the 10 countries were earlier summoned to Turkey's foreign ministry after they released a statement calling for a fair and timely resolution to the case of Osman Kavala, a businessman and philanthropist held in prison since 2017.

Kavala was acquitted last year of charges linked to nationwide anti-government protests in 2013, but the ruling was overturned and joined to charges relating to a 2016 coup attempt.

The European Court of Human Rights called for his release in 2019, saying his incarceration acted to silence him and was not supported by evidence of an offence. The Council of Europe says it will start infringement proceedings against Turkey at the end of November if Kavala is not released.

Already frayed ties with the West

The development comes amid Turkey's already frayed ties with the West, including France and the US. Ties between the US and Turkey have been frayed for several years. They deteriorated further two years ago when Ankara bought a Russian missile defense system. The purchase led to Turkey being kicked off the US-led F-35 stealth fighter aircraft project and to US sanctions against leading Turkish defense industry officials.

Erdogan had later said that he and Biden had failed to bridge their differences. He had also criticised US support for Kurdish militants in Syria who were instrumental in fighting the Islamic State group. Ankara considers them terrorists due to their links to the Kurdistan Workers’ Party, or PKK, which has waged a 37-year insurgency against Turkey. Turkey has a large and restive Kurdish ethnic minority. The PKK is listed as a terrorist organisation by the US and EU.