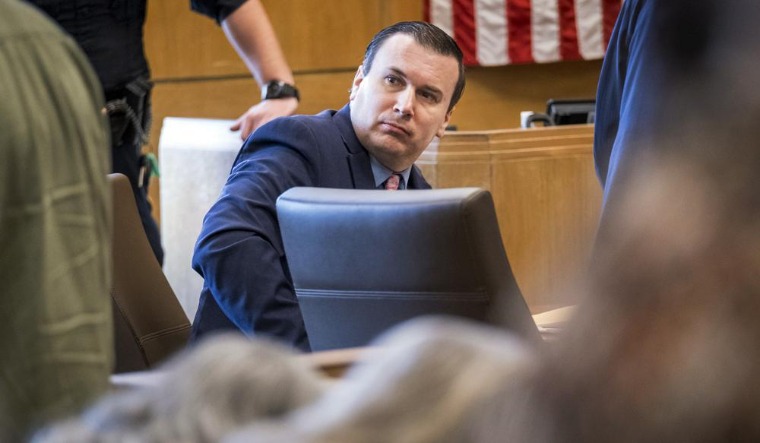 A jury in Smith County in Texas on Tuesday found a former nurse guilty of capital murder over the deaths of four patients.

William George Davis was convicted for injecting air into the arterial systems of four patients as they were recuperating from heart surgery.

Davis carried out the killings when he was a nurse at the Christus Trinity Mother Frances Louis and Peaches Owen Heart Hospital in Tyler.

The deaths of John Lafferty, Ronald Clark, Christopher Greenway and Joseph Kalina happened in 2017 and 2018.

Dr. William Yarbrough, a Dallas-area pulmonologist and professor of internal medicine, told the jury he had never seen a medical case like this in decades.

"Yarbrough said he was able to determine there was air in the arterial system of the victims’ brains by viewing images from brain scans... He ruled out blood pressure problems or any other causes of death besides the injection of air, and said it must have happened after the surgeries because the complications occurred while the patients were in recovery," Associated Press reported.

Davis's defence attorney Philip Hayes told the jury the "hospital had issues and that Davis was a scapegoat who was only charged because he was there when the deaths occurred", Associated Press reported.

Prosecutors are planning to seek the death penalty for Davis in the sentencing phase of the trial.