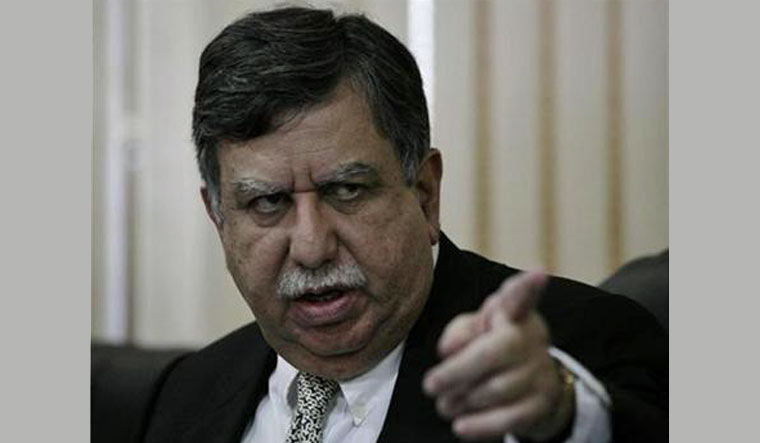 The fresh rounds of talks between Pakistan and the International Monetary Fund for the release of  $1 billion loan tranche and a good economic certificate to the nation has remained inconclusive, a media report said on Sunday.

The talks held from October 4 to 15 failed to reach a staff level agreement because of differences over the macroeconomic framework and uncertainty over the future of Pakistan's economy, The Express Tribune reported.

The talks failed despite Pakistan having implemented a prior condition of increasing electricity and petroleum products prices. However, both sides have shown resolve to remain engaged.

In his attempts to conclude talks on a positive note, Pakistan Finance Minister Shaukat Tarin met with IMF managing director Christalina Georgieva and US Assistant Secretary of State for South and Central Asia Donald Lu.

However, it seemed both these meetings also remained unproductive, the report said.

The IMF team remains engaged with our Pakistani counterparts on moving forward our work agenda and we are looking forward to our continued discussions with the Pakistani authorities on the set of policies and reforms that could form the basis for the completion of the 6th review under the EFF [Extended Fund Facility], Teresa Dabn Sanchez, the outgoing resident representative of the IMF was quoted as saying to  The Express Tribune.

It was for the second time that Pakistan and the IMF could not find basis for the completion of the 6th review, as its first attempt made in June also remained futile.

Pakistan and the IMF have so far failed to agree on the Memorandum of Economic and Financial Policies (MEFP) -- which becomes the base for the bailout programme.

The report, citing sources, said that both sides have not yet exchanged the final macroeconomic positions -- a job that should have been completed on October 8.

Pakistan and the IMF could not agree on the quantum of additional taxes and the roadmap for fiscal stability of the power sector, the sources added.

There were also issues about increase in gas prices and the measures needed to contain the current account deficit to a manageable level.

Pakistan had shared some statistics with the IMF on power and gas tariffs and tax collection and they are validating the numbers we shared with them and will get back to us, said Tarin while addressing a news conference in Washington at the conclusion of his visit.

Usually, the numbers are agreed upon, at least in principle, before the start of the policy-level talks.

However, both the two sides did not exchange the critical tables related to the general government budget due to the nature of differences, the sources said.

The IMF had demanded to impose additional taxes equal to at least 1 per cent of the GDP or over Rs 525 billion but the government was willing to take measures to the tune of Rs 300 billion, the sources added.

They said that the round of talks on Saturday on the quantum of additional taxes too remained inconclusive.

This year, the Federal Board of Revenue (FBR) would achieve a tax collection target of Rs5.8 trillion, Tarin told the media.

He added that in the next fiscal year, the tax-to-GDP ratio would be increased to 13.75 per cent of the GDP.

The tax-to-GDP ratio was only 11.1 per cent at the end of the last fiscal year.

Finance Secretary Yousaf Khan would stay in Washington to continue the talks till Tuesday, Tarin said during his news conference.

According to the original plan, the finance secretary was scheduled to join his office from Monday.

In July 2019, Pakistan and the IMF had signed a 39-month EFF for $6 billion but the programme remained largely off track, resulting in disbursements of only $2 billion in two years.

The 6th review talks are for the disbursement of the next loan tranche of $1 billion but it seems that both sides still have to cover a lot of ground despite holding two rounds, first in June and then second this month.

Pakistan has already accepted two conditions of the IMF. It has increased the electricity prices by Rs1.68 per unit or up to 14 per cent and also jacked up the petroleum products prices to the new historical level of Rs 137.79 per litre.

Tarin said the IMF wanted the cost of fuel to be passed on to the consumers and the government only did so while increasing prices by Rs10 per litre.

The federal government on Saturday raised the price of petrol by Rs10.49 per litre and high-speed diesel (HSD) by Rs12.44 per litre to Rs135.