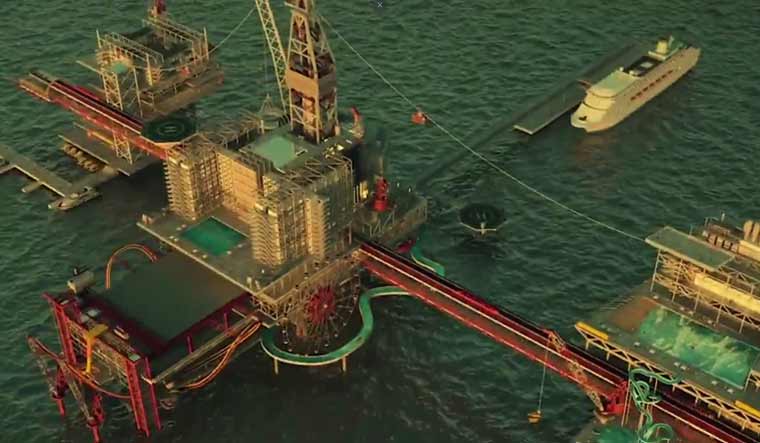 Saudi Arabia's Public Investment Fund—one of the world’s largest sovereign wealth funds—on Saturday announced plans for a tourism project dubbed “THE RIG”, which will take the form of a 150,000 square metre resort built on an oil rig platform in the Arabian Gulf.

The project will feature three hotels, 800 rooms, 11 restaurants, a roller coaster, a water slide, a ferris wheel, a go-cart arena and multiple helipads. Tourists will also be able to participate in extreme sports including scuba diving and bungee jumping at the location.

The cost of the project has not yet been announced. The PIF has estimated assets of around $500 billion, and aims to have $1.07 trillion in assets under management by 2025, and $2 trillion by 2030.

The PIF said this would be the world’s first tourism destination on an offshore platform—though since 2010, the Seaventures Dive Resort has operated a hotel on a decommissioned oil rig in the Celebes Sea, Malaysia.

THE RIG is part of the PIF's strategy 2021-2025 to modernize Saudi Arabia’s tourism and entertainment sectors. Under the Vision 2030 programme, the kingdom aims to diversify its economy and reduce its reliance on oil revenue.