Taiwan won't start war, but will defend itself 'full on': Defence minister

Chiu emphasised that Taiwan would not "advance rashly" 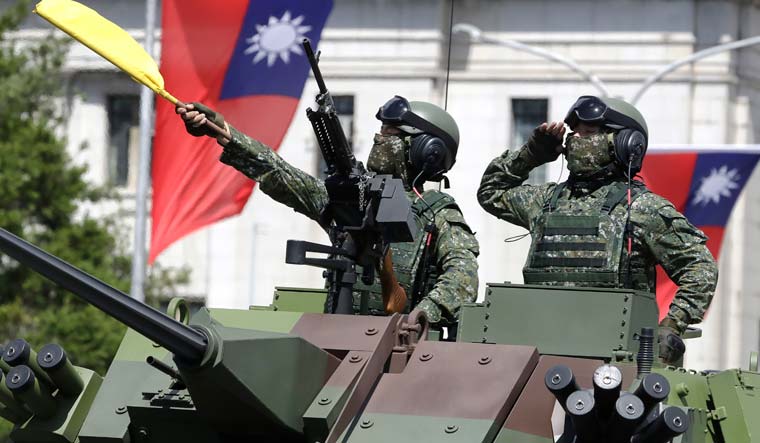 Even as China has continued aerial incursions into Taiwan's air defence identification zone, the island's government has reiterated its defiant stance on military threats.

Taiwan's Defence Minister Chiu Kuo-cheng told a parliament committee on Thursday that the island will meet an aggressor "full on" in the event of conflict.

Chiu was quoted by Reuters as saying, "What is clearest is that the Republic of China absolutely will not start or set off a war, but if there are movements we will meet the enemy full on."

Chiu emphasised that Taiwan would not "advance rashly" and wanted to maintain the status quo in ties with China.

A week ago, Chiu had warned China would be capable of mounting a full-scale invasion of Taiwan by 2025.

On Thursday, Chiu said China's aims are "on the one hand to pressure Taiwan, and on the other to say to everyone else 'we have the ability to scare away and obstruct foreign military forces from getting involved'," Reuters reported.

Appearing determined, Chiu warned "Bullets don't discriminate based on what colour (which political party) you affiliate with once a war breaks out," Focus Taiwan reported.