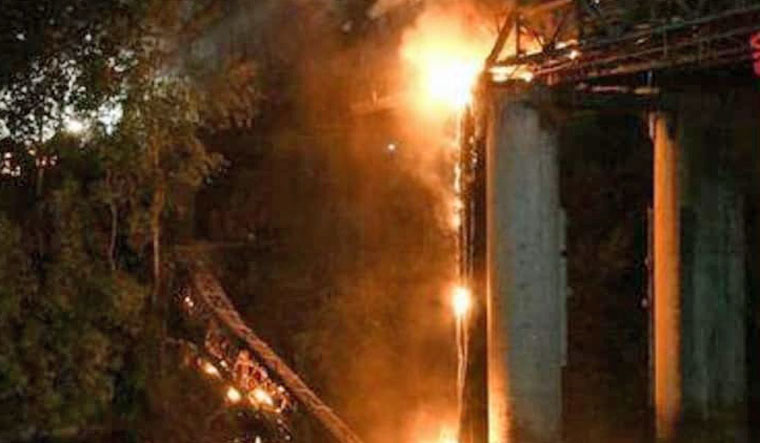 Parts of Rome's famed 'Iron Bridge' or  19th-century 'Ponte di Ferro', plunged into the River Tiber after it caught fire, late on October 2. the iconic metal bridge, also known as Ponte dell'Industria which dates to 1863, went up in flames just before midnight.

The bridge connects the densely populated Ostiense and Portuense neighbourhoods. Rome votes for a new mayor on October 3. The general decay in infrastructure and public services has been a topic of contention in the mayoral elections. According to officials, the 131-metre long bridge may have caught fire as a result of the short circuit in the shacks below. No injuries or fatalities have been reported. Makeshift shafts under the bridge contain gas and electric pipelines.

The bridge was built between 1862 and 1863 by a Belgian company to connect the railway line of Civitavecchia to Roma Termini railway station.