The 20-year Afghan war ended with a chaotic, bloody evacuation 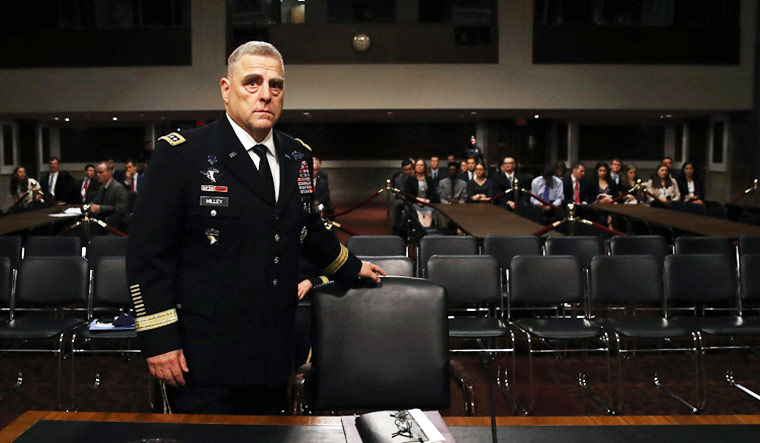 US Chairman of the Joint Chiefs of Staff Mark Milley called the Afghanistan war a "strategic failure" and said it was his "personal opinion that at least 2,500 troops were needed to guard against a collapse of the Kabul government", admitting for the first time a break between US President Joe Biden and the military on the situation in Afghanistan. Milley, however, refused to answer a question as to what advice he gave Biden and what the response was. It was not just Milley. Head of Central Command General Frank McKenzie, who had overseen the final months of the US war, said he agreed with Milley's assessment.

"The enemy is in charge in Kabul," Milley said, adding that it is possible the US military's biggest failure was to make the Afghan military overly dependent on an American presence and technology. "The president doesn't have to agree with that advice," Milley said. "He doesn't have to make those decisions just because we are generals. And it would be an incredible act of political defiance for a commissioned officer to resign just because my advice was not taken."

Milley cited a very real possibility that al-Qaida or the Islamic State group's Afghanistan affiliate could reconstitute in Afghanistan under Taliban rule and present a terrorist threat to the United States in the next 12 to 36 months. "And we must remember that the Taliban was and remains a terrorist organisation and they still have not broken ties with al-Qaida," Milley said.

The White House defended the presidential decision in this regard. "There was a range of viewpoints, as was evidenced by their testimony today, that were presented to the president and his national security team as would be expected. The president asked for a clear-eyed did not ask them not to sugarcoat it," what their recommendations were, White House Press Secretary Jen Psaki told reporters. "It was also clear that would not be a long-standing recommendation, that there would need to be an escalation, an increase in troop numbers. It would also mean war with the Taliban. And it would also mean the potential loss of casualties. The president was just not willing to make that decision," she said.

The 20-year Afghan war ended with a chaotic, bloody evacuation that left stranded hundreds of US citizens and thousands of Afghans who had aided the American war effort. Republicans — and even a few Democratic allies — have offered withering criticism of the administration’s handling of the evacuation.

The president still faces daunting challenges born of the hasty end of the war, including how to help extract as many as 200 Americans and thousands of Afghans left behind, the resettlement of tens of thousands of refugees who were able to flee, and ongoing congressional scrutiny over how, despite increasingly fraught warnings, the administration was caught flat-footed by the rapid collapse of the Afghan government.

It was also a foreign policy debacle. Allies — including lawmakers from Britain, France, and Germany — chafed at Biden’s insistence on holding fast to the Aug. 31 deadline as they struggled to evacuate their citizens and Afghan allies. Armin Laschet, the leading conservative candidate to succeed Angela Merkel as Germany’s chancellor, called it the “biggest debacle that NATO has suffered since its founding".