Britain and Israel are already giving a third round of shots 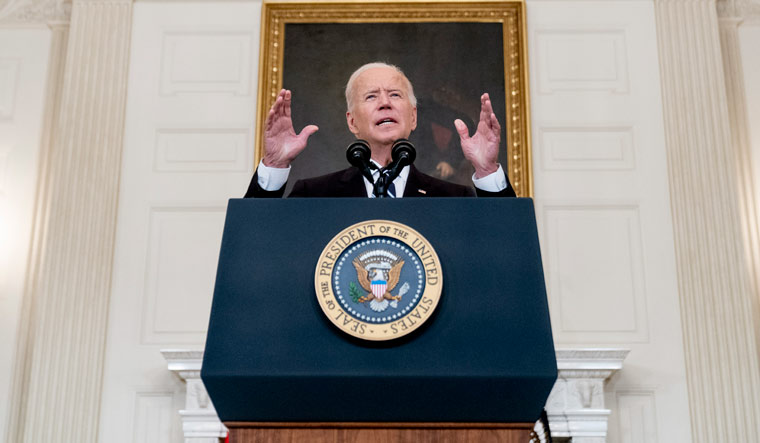 US President Joe Biden stated that he has received his COVID-19 booster shot on Monday. This comes on the back of US CDC recommending a third dose of the Pfizer vaccine for Americans age 65 or older, and approving them for others with preexisting medical conditions and high-risk work environments. This move, however, ignores the World Health Organisation (WHO), who has urged against the widespread use of boosters for healthy people, underscoring the need to get doses of the COVID-19 vaccine to poorer countries.

WHO Director General Tedros Adhanom Ghebreyesus had stated that there are many countries still seeing steep increases and shocking inequities in access to vaccines. Tedros said he has called for a moratorium on booster shots at least until the end of September to allow those countries that are furthest behind to catch up.

Biden has been pushing for booster doses, after evidence from Israel and early studies in the US showed that protection against so-called breakthrough cases was vastly improved by a third dose of the Pfizer shot. "The most important thing we need to do is get more people vaccinated," Biden said before getting the booster, adding that he did not have side effects after his first or second shots.

Last week, the US vaccination drive against COVID-19 stood on the verge of a major new phase as government advisers recommended booster doses of Pfizer's vaccine for millions of older or otherwise vulnerable Americans despite doubts the extra shots will do much to slow the pandemic. Advisors to the Centers for Disease Control and Prevention said boosters should be offered to people 65 and older, nursing home residents and those ages 50 to 64 who have risky underlying health problems.

The extra dose would be given once they are at least six months past their last Pfizer shot. Deciding who else might get one was far tougher. While there is little evidence that younger people are in danger of waning immunity, the panel offered the option of a booster for those 18 to 49 who have chronic health problems and want one.

Britain and Israel are already giving a third round of shots over strong objections from the World Health Organisation.