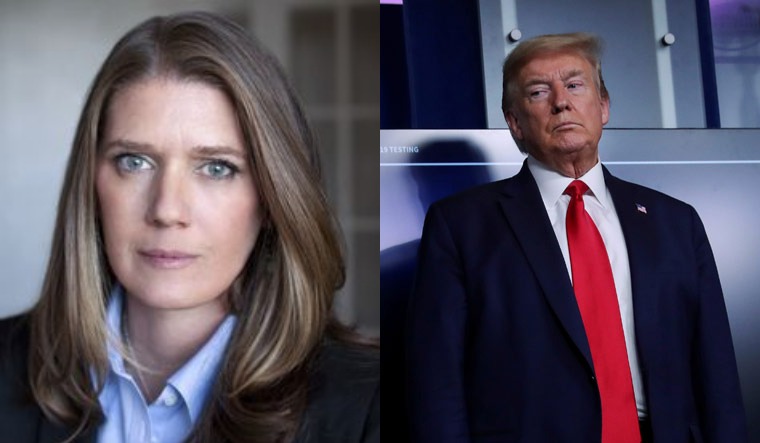 A year after Mary Trump sued her uncle Donald Trump alleging that he defrauded her of millions of dollars in inheritance, the former US President has counter-sued. Trump has now sued his niece and the New York Times for $100 million over a 2018 article which alleged he was involved in "dubious tax schemes".

The article details the tax schemes Donald Trump used to receive "at least $413 million in today's dollars" from his father's real estate empire. It said that Trump and his family "participated in dubious tax schemes during the 1990s, including instances of outright fraud". The investigation went on to win a Puliltzer Prize.

Trump's lawsuit claims Mary Trump, the NYT and three of its reporters conspired in an "insidious plot" to improperly obtain his confidential tax records. The lawsuit was filed in a New York State court in Dutchess County, and alleges that NYT reporter Suzanne Craif urged Mary Trump to break a legally binding agreement to keep the documents private as part of a settlement over the estate.

"The actions of Mary Trump and The Times Defendant were motivated, at least in part, by their actual malice towards Plaintiff," the lawsuit alleges. It claims that the Times journalists "unjustly reaped significant personal, professional and/or business-related benefit(s), including, but not limited to, monetary gain, fame, acclaim, notoriety, inflated market valuation, increased revenue, and/or career advancement."

In 2020, Mary Trump sued her uncle for allegedly defrauding her out of millions of dollars. "Defendants not only deliberately defrauded Mary out of what was rightfully hers, but they also kept her in the dark about it—until now," her suit claimed.

For much of his presidency, Trump refused to make his tax records available publicly. In a 2020 book, Too Much and Never Enough: How My Family Created the World’s Most Dangerous Man, Mary revealed that she was the anonymous source that helped the NYT compile Trump's financial records.

The NYT has signalled its intention to fight the suit.

"The Times's coverage of Donald Trump's taxes helped inform citizens through meticulous reporting on a subject of overriding public interest," spokesperson Danielle Rhoades-Ha told NPR. "This lawsuit is an attempt to silence independent news organizations and we plan to vigorously defend against it."