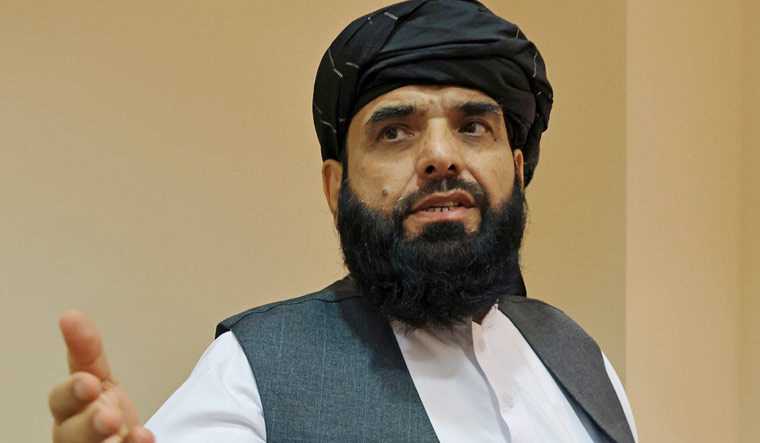 Taliban has gone on the offensive, a diplomatic one this time. It has announced the name of Shaheen Suhail, the spokesman for its political office, as its envoy to the United Nations. The announcement comes at a time when a host of world leaders are gathering in New York for the annual United Nations General Assembly.

Ghulam Isaczai is the permanent representative of Afghanistan to the United Nations—at least he was in the previous regime, before Taliban took over. Afghan missions across the world haven't disbanded themselves. In fact, some days ago, the Afghan embassy in India had released a press statement from Afghanistan's ministry of foreign affairs denouncing the Taliban government and calling it illegitimate and unjustifiable and saying that all missions of the Islamic Republic of Afghanistan will continue their normal functions and duties based on the constitution of the IR of Afghanistan.

The Taliban calls the country the Islamic Emirate of Afghanistan. It has reportedly asked the United Nations that Suhail be allowed to speak at the assembly.

In the diplomatic world, Taliban 2.0 has three friends, just as it had in its last regime. Then, Saudi Arabia, Pakistan and the UAE had recognised it officially. This time, it has support from China, Pakistan and Qatar. Pakistan is the common factor linking both regimes. While a gamut of world leaders and diplomats have engaged with Taliban, no one has actually stuck his head out to claim that his country has officially recognised the new regime (that is, part from the new trio). Russia actually made it clear that it will not be participatory in any way in the inauguration of a new Taliban government. Other countries are waiting and watching, all hoping someone else takes the lead.

They may to be able to play the wait and watch game for too long, now that Taliban is trying diplomatic arm-twisting. Countries will have to make their stand vis a vis Taliban clear. Qatar's ruler, Sheikh Tamim bin Hamad Al Thani while speaking at the general assembly urged nations not to boycott Taliban rulers and said that there was a necessity of continuing dialogue with Taliban. “Boycott only leads to polarisation and reactions, whereas dialogue could bring in positive results,” he said.

Pakistan demanded that Taliban be represented at the foreign ministers meeting of the South Asian Association for Regional Cooperation (SAARC), which is usually held on the sidelines of the UNGA. The meeting was subsequently cancelled. SAARC may be a near defunct grouping, which has found reasons galore not to meet, and the Taliban issue is yet another one. The point, however, is that nations are increasingly being expected to show their stand regarding Taliban.

Afghanistan is scheduled to speak on the last day of the meet. But it seems unlikely that the UN will arrive at a decision within the next couple of days. Because this will entail a lot of deliberation, and also the status of those who call themselves representatives of the IR of Afghanistan and are spread across the world in various diplomatic capacities has to be considered.

While the UN and all its individual members may be able to buy some time this time around, Taliban is not likely to let down its diplomatic offensive. It has craved international recognition and legitimacy, and over the last decade, since the setting up of its foreign office in Doha, its members have learnt to walk the walk.