UN's Antonio Guterres, recently asked the US and China to repair their relationship 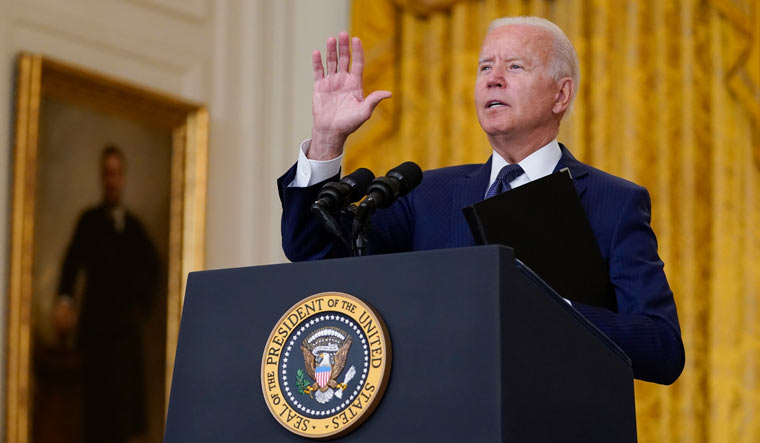 President Joe Biden, in his first speech at the UN General Assembly on Tuesday, will make it clear that the United States is not looking to pursue a "new Cold War" with any country, according to White House Press Secretary Jen Psaki.

She was responding to a reporter's question on Monday after United Nations Secretary-General Antonio Guterres, in a recent media interview ahead of this week's UNGA, asked the US and China to repair their relationship to avoid a potential Cold War.

"The president's and this administration's view is that our relationship with China is one not of conflict but of competition. So, we wouldn't agree with the characterization of the relationship.

"As I would note in the readout of the president's call with President Xi just last week, a 90-minute call that covered an extensive list of topics, it was a conversation that was candid, but it was certainly not elevated," the White House press secretary said.

Guterres has opined the US and China should cooperate on climate and negotiate on trade and technology despite persisting political fissures about human rights, economics, online security and sovereignty in the South China Sea.

"We recognize that China is a country and that while we may take issue with some means they engage in the world, we also have areas we will want to continue to work together, and that is certainly many of the topics that were raised by the (UN) secretary-general. The president has a meeting with him later this evening," Psaki said.

"Tomorrow, the president will deliver a speech at the UN General Assembly. He will make absolutely clear that he is not looking to pursue in future a new Cold War with any country. We will continue to pursue our interests. We will continue to lift global priorities, but that is not the objective or the policy of the United States," she said.

A senior official of the administration echoed a similar view at a conference call with reporters.

"Biden will communicate tomorrow that he does not believe in the notion of a new Cold War with the world divided into blocs. He believes in a vigorous, intensive, principled competition that does not tip over into conflict," said the official.

"If you look at the readout of his call with President Xi Jinping several days ago, you will see exactly that message reflected... It this message he will convey from the rostrum of the UN General Assembly tomorrow," he said.

The official said it is the administration's firm commitment to stand up for American interests and its allies, but to do so in a way that is responsible and that does not drive towards conflict, either intended or unintended, he said.