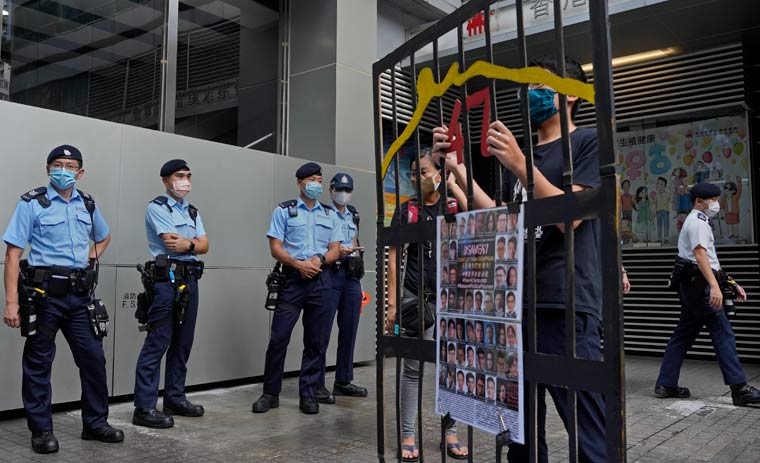 Carefully monitored and screened elections in Hong Kong on Sunday saw a "record" turnout, as around 4,900 voters chosen to represent different professions and industries cast their votes to elect the Election Committee--which in turn will select 40 of 90 lawmakers in the Hong Kong Legislature in the December elections, as well as the Hong Kong Chief Executive.

The drastically reduced election base, which earlier included 246,440 voters but was then cut by 97 per cent, was chosen to ensure only "patriots" would take office, with Hong Kong Chief Executive Carrie Lam calling the reduced voter base "more representative". Meanwhile, the 1,200-member strong Election Committee was expanded by 300 seats and given greater powers including nominating candidates to the Legislative Council.

Only 412 candidates are competing for 364 seats in the 13 of the 40 sub sectors, the South China Morning Post reported.

The result is that the vast majority members of the Elections Committee are likely to be pro-Beijing candidates, aligned with the Chinese Communist Party. Only two opposition members were on the ballot on Sunday.

Up to 6,000 police officers were deployed. The results are expected to be fully known by midnight, Hong Kong time.

One system, many changes

Following the enactment of the controversial national security law in Hong Kong in 2020, which imposed strict penalties on acts of secession, subversion, terrorism or collusion with foreign or external forces, Beijing has consolidated its grip over the city. The result has been a gradual dismantling of the "one country, two systems" formula that had ensured some degree of democratic autonomy in Hong Kong following the British handover.

Earlier, the Election Committee of just 1,200 members was also composed of representatives form across sectors. However, with the new reforms, Beijing's greater vetting powers has reduced the scope of pro-democracy lawmakers to be a part of it, with over a third of the Election Committee now hand-picked by pro-Beijing groups.

Mass unrest in 2019 following by a pro-democracy landslide in the district council elections appears to have strengthened Beijing's resolve to crack down on dissent. A combination of the national security law and coronavirus restrictions prevented similar protests from breaking out in 2021.