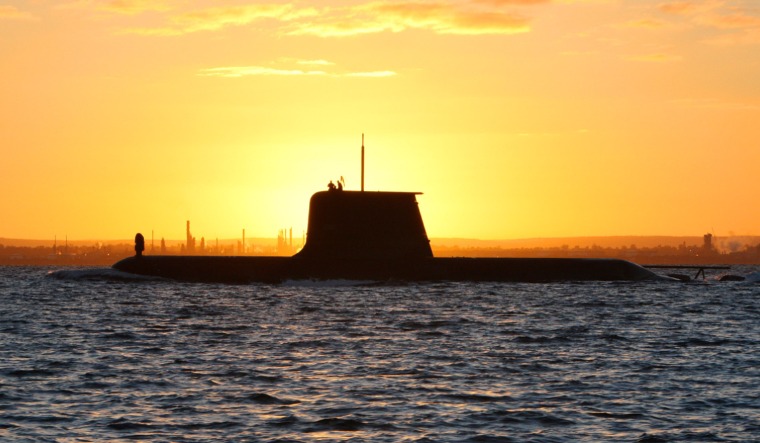 China has lashed out at Australia over its decision to enter a partnership with the US and UK to boost security in the Indo-Pacific. The partnership, referred to as 'AUKUS', was announced on Thursday and envisages Australia being provided with technology to build nuclear submarines and the three nations cooperating in cutting-edge research.

Zhao Lijian, the spokesperson for China's foreign ministry, noted on Thursday that the US and UK were "using nuclear exports for geopolitical gaming tools and applying double standards, which is extremely irresponsible". Lijian said the partnership, "greatly undermines regional peace and stability, aggravates the arms race and hurts the international non-proliferation efforts". Lijian called on the three nations to "shake off their Cold War mentality and do more to contribute to peace and stability".

China’s envoy to the IAEA, Wang Qun, sought to link the pact to efforts to restrain nuclear weapons programmes of North Korea and Iran. "Such an act of nuclear proliferation will give rise to serious negative implications in the ongoing international efforts to address the nuclear issue on the Korean Peninsula as well as the Iranian nuclear issue," Wang was quoted as saying by Bloomberg.

Australian Prime Minister Scott Morrison had clearly emphasised that Australia was only acquiring technology for nuclear submarines and would not pursue nuclear weapons.

However, the affirmation by Morrison did not impress China's state-run media. The Global Times tabloid on Thursday warned the AUKUS treaty would put Australia in danger of nuclear war "because it's easy for the US to equip Australia with nuclear weapons and submarine-launched ballistic missiles when Australia has the submarines". Li Haidong, a professor at the Institute of International Relations of China Foreign Affairs University, told the Global Times "The US is using the same approach employed to contain Russia in Europe after the Cold War to contain China in the Asia-Pacific region. Washington is building a NATO-like alliance in the region, with AUKUS at the core, and the US-Japan and US-South Korea alliances surrounding it, and the Quad at the outermost level, because India, not an US ally, can't be trusted by the US."

The Global Times quoted an unnamed Chinese expert as saying only countries that had nuclear weapons had built nuclear submarines and therefore Australia's "promises of 'not seeking nuclear weapons' are meaningless".

"This would make Australia a potential target for a nuclear strike, because nuclear-armed states like China and Russia are directly facing the threat from Australia's nuclear submarines which serve US strategic demands. Beijing and Moscow won't treat Canberra as ‘an innocent non-nuclear power’, but ‘a US ally which could be armed with nuclear weapons anytime,’ the expert said," Global Times reported.