Afghanistan would either gain lasting peace or end up in chaos, says Imran Khan

‘Where Afghanistan goes from here, I am afraid none of us can predict’ 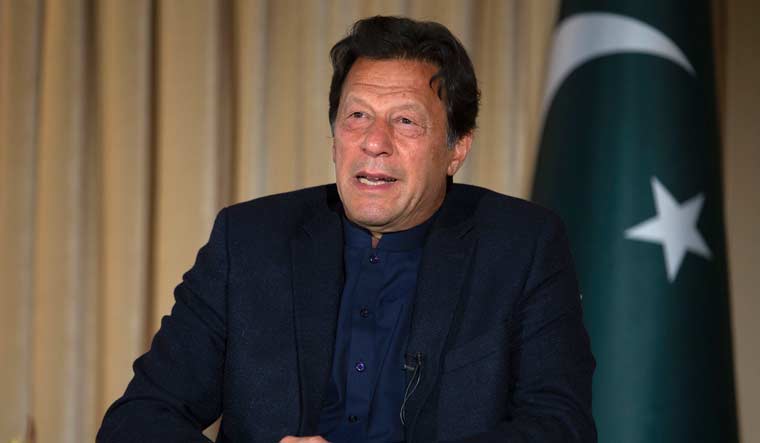 Pakistan Prime Minister Imran Khan said on Wednesday that Afghanistan was on a historic crossroads as either it would gain lasting peace after 40 years of war through an inclusive government or end up in chaos.

He asserted that the best way forward for peace and stability in the war-torn country is to engage with the Taliban, which seized Kabul last month.

"Where Afghanistan goes from here, I am afraid none of us can predict…We can hope and pray that there is peace after 40 years," Khan said in interview to CNN’s Becky Anderson.

He was asked about apprehensions that the Taliban will not protect human rights and the future of Afghanistan.

Khan said the Taliban have said that they want an inclusive government and promised to give rights to their women and also announced amnesty as part of efforts to gain international acceptability.

"But if it goes wrong (in Afghanistan), and which is what we are really worried about, it could go to chaos, the biggest humanitarian crisis, a huge refugee problem, unstable Afghanistan and [...] the possibility of again terrorism from Afghanistan''s soil,” he said.

The Taliban seized control of Afghanistan in mid-August, ousting the previous elected leadership which was backed by the West. The interim Cabinet is consists of high-profile members of the insurgent group.

At least 14 members of the Taliban's interim government are on the UN Security Council's terrorism blacklist, including acting Prime Minister Mullah Hasan and his both deputies.

The Taliban had promised an "inclusive" government that represents Afghanistan''s complex ethnic makeup, but there is no Hazara member in the Cabinet. No woman has been named in the interim Cabinet.

Talking about the issue of women rights in Afghanistan, Khan said it was a mistake to think that rights of Afghan women can be imposed from outside. “Afghan women are strong. Give them time, they will get their rights," he said.

Khan suggested that the Taliban should be given incentives to handle the current situation instead of being forced to do something, calling it a "fallacy" that Afghanistan could be controlled from outside.

"So rather than sitting here and thinking that we can control them, we should incentivise them because this current government in Afghanistan clearly feels that without international aid and help they will not be able to stop this crisis. We should push them in the right direction,” he said.

He recalled that history showed "no puppet government in Afghanistan is supported by the people".

Khan reiterated that Pakistan suffered a lot after joining the US war on terror and there was time about 50 militant groups were attacking Pakistan.

To a question, the premier said that he had not spoken to US President Joe Biden since the collapse of the Afghan government.

When asked why Biden hadn't called him since coming into office, the premier curtly said: "He is a busy man" and later said Biden should be asked "why he is too busy to call".