US officially ends 20-year war in Afghanistan, Taliban declares independence. What next?

The difficult job for the Taliban starts now 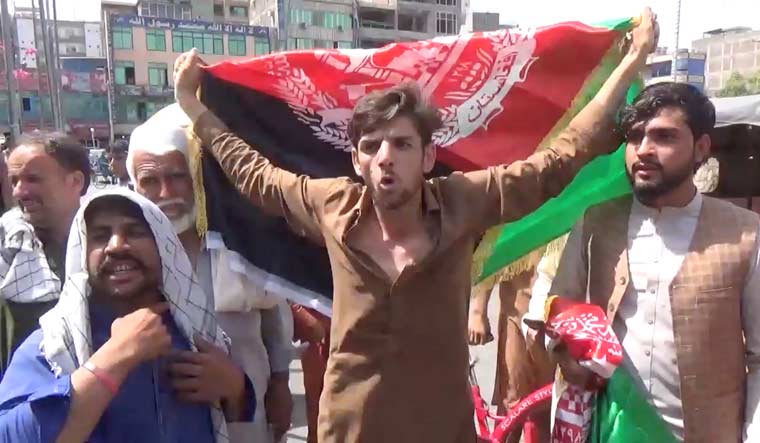 The United States has officially announced the end of a two-decade military presence in Afghanistan. "I am here to announce the completion of our withdrawal from Afghanistan and the end of the mission to evacuate American citizens, third country nationals and vulnerable Afghans," US Central Command Commander Marine Corps General Frank McKenzie told reporters, as the last American military flight flew out of the Hamid Karzai International Airport in Kabul. President Joe Biden had set a deadline of August 31 for the withdrawal of American troops in Afghanistan.

There was a massive push among US allies to extend the August 31 deadline. However, Biden decided to stick with this timeline, despite concerns over the hasty nature of the withdrawal, partly because the Taliban maintained that they will not accept any postponement of the deadline, with one spokesman even threatening “consequences” if the deadline was not met.

Why did the US enter Afghanistan?

From pro-Soviet General Mohammed Daoud Khan setting up the Republic of Afghanistan with strong affinity to the USSR in 1973, to the Soviet invasion in 1979 to bolster a dying Communist regime, to the rise of Mujahideen opposing the USSR and funded by the US, China and Britain via Pakistan, and the bloody civil war in the 90s when the anti-Soviet militias disintegrated into mutual rivalry, Afghanistan has always been a country in a state of conflict with itself.

The American military intervention started after September 9/11, in which Al Qaeda terrorists blew up the twin towers in New York. The terrorist strike forced the US to enter Afghanistan and overthrow the Taliban rule who then had provided safe havens to the Al Qaeda leadership. The Taliban rule was overthrown and replaced by US-backed Afghans, who ruled the country for 20 years, during which several general elections were held. That rule was overthrown by the Taliban on August 15 when the president Ashraf Ghani suddenly fled the country and the 3,00,000 Afghan armed forces troops trained by the United States gave up without any fight.

Have all US citizens and allies been evacuated?

Secretary of State Antony Blinken said fewer than 200 Americans remain in Afghanistan who want to leave, and the US will continue to try to get them out. He said the US would work with Afghanistan's neighbors to secure their departure either overland or by charter flight once the Kabul airport re-opens. The US has shut down its diplomatic mission in Kabul and moved the embassy to Doha in Qatar.

What next for Afghanistan?

However, the difficult job for the Taliban starts now. From Pashtuns to Tajiks, Hazaras and Uzbeks, there are a lot of feuding clans in the country, all clamouring for a piece of the pie. The power has always been largely in the hands of the Pashtuns, who make up the lion’s share of Taliban militants. In the previous ruling Afghan regime in Kabul, there was a power-sharing deal in place—Ghani was a Pashtun while Abdullah Abdullah, who led the National Reconciliation High Council, was a Tajik. Taliban has promised that all ethnic groups would get a share in the power. However, that would a promise hard to keep.

Then there would be international pressure that Afghanistan not be used as breeding grounds for terror attacks against other countries. The United Nations Security Council, under the current presidency of India, on Monday, adopted a resolution on the situation in Afghanistan, demanding that the war-torn country not be used to threaten or attack any nation or shelter terrorists. The resolution was put forward by the US, the UK, France. It was adopted after 13 council members voted in favour, while permanent members Russia and China abstained from the voting. The resolution demands that Afghan territory at no cost be used to threaten or attack any other country or to shelter or train terrorists.