Tehran raised uranium purity in violation of the 2015 nuclear deal 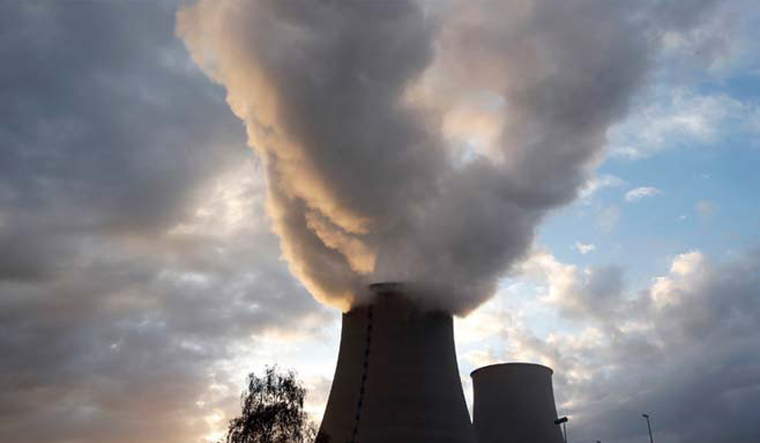 Iran has accelerated its enrichment of uranium to near weapons-grade in violation of the restrictions imposed by the 2015 nuclear deal, says Reuters.

Quoting a report by IAEA, Reuters said that Iran has raised its enrichment of uranium to 60 percent fissile purity from 20 percent in April, which is  a major step towards nuclear weapons-grade. Weapons-grade is around 90 percent purity. The move will  raise tensions with the West as both sides seek to resume talks on reviving Tehran’s  the 2015 nuclear deal, which capped the purity to which Tehran can refine uranium at 3.67 percent.

Tehran has done this shift in purty in response to an explosion and power cut at its Natanz site that damaged output at the main underground enrichment plant there. Iran has blamed the attack on Israel.

In May, the UN atomic watchdog reported that Iran was using one cascade, or cluster, of advanced centrifuges to enrich to up to 60 percent  at its above-ground pilot enrichment plant at Natanz. The IAEA informed member states on Tuesday that Iran was now using a second cascade for that purpose, too.

The United States and its European allies have warned such moves threaten talks on reviving the deal, which are currently suspended.

Following Reuters’ report, Iran reiterated that its nuclear programme is peaceful and said it had informed the IAEA about its enrichment activities. It added that its moves away from the 2015 deal would be reversed if the United States returned to the accord and lifted sanctions, Iranian state media reported.

“If the other parties return to their obligations under the nuclear accord and Washington fully and verifiably lifts its unilateral and illegal sanctions ... all of Iran’s mitigation and countermeasures will be reversible,” Foreign Ministry spokesman Saeed Khatibzadeh was quoted as saying by state media.

The IAEA said on Monday that Iran had made progress in its work on enriched uranium metal despite objections by Western powers that there is no credible civilian use for such work.

Uranium metal can be used to make the core of a nuclear bomb, but Iran says its aims are peaceful and it is developing reactor fuel.