The opposition has criticized Suga for not increasing hospital capacity sufficiently 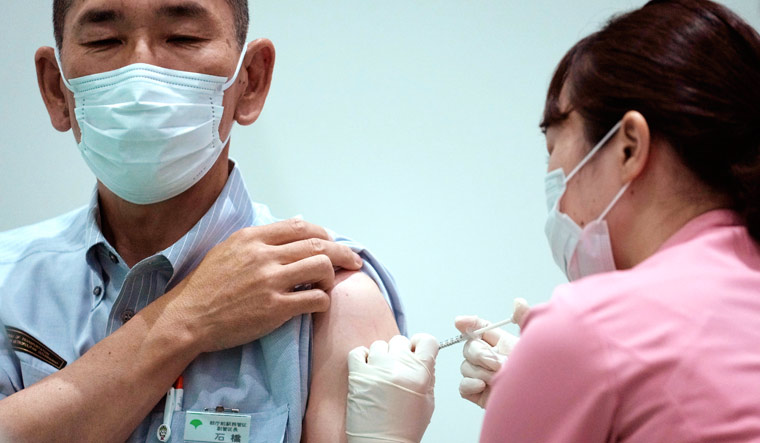 Japan's parliament on Wednesday debated a contentious new policy in which coronavirus patients with moderate symptoms will isolate at home instead of in hospitals, as new cases surge in Tokyo to record levels during the Olympic Games.

Prime Minister Yoshihide Suga's plan, which aims to save hospital beds almost exclusively for those with serious symptoms or at risk of developing them, is a major policy shift as new cases in the capital have more than tripled since the Olympics began on July 23.

Opposition as well as some governing party lawmakers and experts charged that the lives of people isolating at home without adequate care would be at risk.

Health Minister Norihisa Tamura defended the home isolation policy as necessary to prevent a medical collapse similar to what happened in April in Osaka, when thousands of people became sicker and some died at home while waiting for hospital beds.

Coronavirus treatment in Japan is limited to public and university hospitals that have adequate facilities and expertise.

Dr Shigeru Omi, the government's top medical adviser, said patients at risk of developing serious symptoms while staying at home will need to be given proper support by community physicians who make household visits.

The government, which has been criticised for insisting on hosting the Olympics despite public virus fears, says there is no evidence linking the upsurge in cases to the Games.