The polls will close at 5pm, and results are expected to emerge later on Sunday night 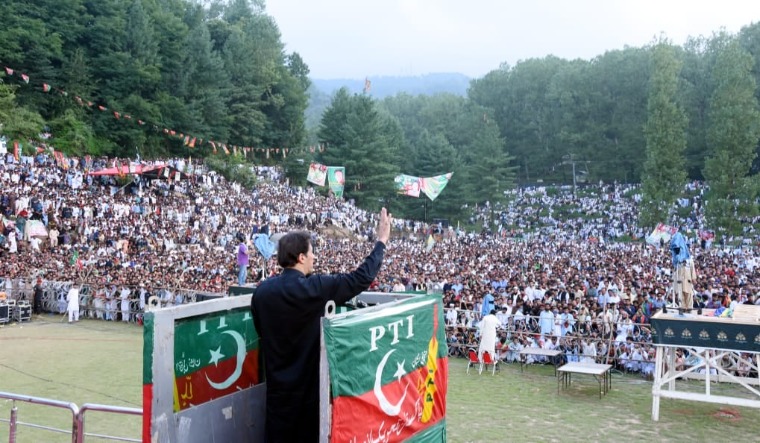 Voters headed to polling booths early on Sunday in Pakistan-occupied Kashmir (referred to as Azad Jammu and Kashmir by Pakistan) to choose a new legislative assembly.

There are 45 seats in the legislative assembly of PoK. According to Dawn News, there are 3.22 million voters who are registered to exercise their franchise in PoK. Of the 45 constituencies, six each are reserved for refugees from Kashmir and Jammu.

The elections had been keenly watched given the bruising contest between the Pakistan Tehreek-e-Insaf (PTI) of Prime Minister Imran Khan and the opposition parties, most notably the Pakistan Muslim League-Nawaz (PML-N).

Last week, PML-N chief Shehbaz Sharif had lashed out at Imran for claiming at election rallies on July 23 that following the UN-mandated referendum, “his government will hold another referendum to give the people of Kashmir a choice to either live with Pakistan or become an independent state".

Shehbaz accused Imran of deviating from Pakistan's historical and constitutional position by proposing another referendum.

"The Jammu and Kashmir dispute will be decided according to a transparent and independent plebiscite held under the auspices of the United Nations and this is the position of the people of Pakistan and Kashmir," he said.

Shehbaz said that "imposing a solution on Kashmiris without their consent and consultation is tantamount to helping India and betraying the Kashmir cause”.

Imran had rejected opposition allegations that his government was trying to convert PoK into another province of Pakistan.

According to an opinion poll conducted by Gallup Pakistan, 44 per cent of the respondents in PoK believed the PTI would win the election, while only 12 per cent said so for the PML-N.

The last legislative assembly election, in 2016, in PoK was won by the PML-N. The last time as indigenous party, the All Jammu and Kashmir Muslim Conference (AJKMC), won the PoK election was in 2006.

The polls will close at 5pm, and results are expected to emerge later on Sunday night.