The probe team could be headed by Israel's National Security Council 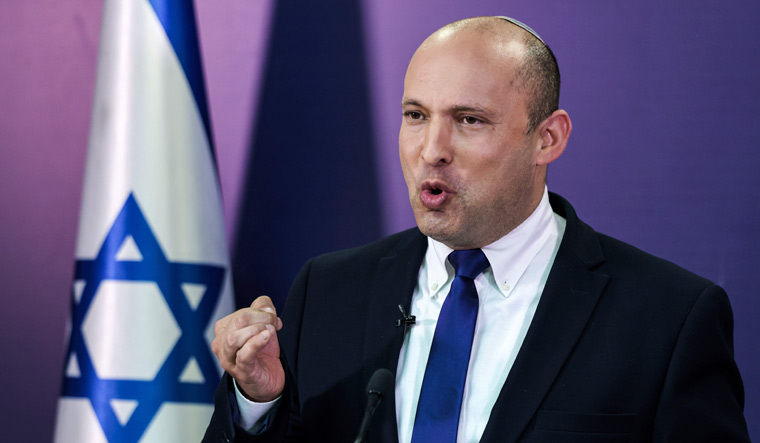 After intense global blowback against the Pegasus snooping reports that emerged on Wednesday, Israel has set up an inter-ministerial panel to probe the allegations, news agency Reuters reported. Israeli organisation NSO, which developed Pegasus, had stated that it will investigate any misuse of technology and blame a "planned and well-orchestrated media campaign pushed by special interest groups". Reuters claimed from sources that the probe team could be headed by Israel's National Security Council, which answers to Prime Minister Naftali Bennett.

French President Emmanuel Macron leads a list of 14 current or former heads of state who may have been targeted for hacking by clients of NSO. Among potential targets found on a list of 50,000 phone numbers leaked to Amnesty and the Paris-based journalism nonprofit Forbidden Stories include Presidents Cyril Ramaphosa of South Africa and Barham Salih of Iraq. King Mohammed VI of Morocco and three current prime ministers Imran Khan of Pakistan, Mustafa Madbouly of Egypt and Saad Eddine El Othmani of Morocco are also on the list, The Washington Post reported.

The Post said none of the heads of state would offer their smartphones for forensic testing that might have detected whether they were infected by NSO's military-grade Pegasus spyware. Thirty-seven phones identified in the investigation were either breached or shows signs of attempted infection, it has reported.

The Post and 16 other members of a global media consortium were granted access to the leaked list. Another member, the French daily Le Monde, determined that 15 members of the French government may have been among potential targets with Macron in 2019.

Following first reports by consortium members on Sunday, the Paris prosecutor's office said it was investigating the suspected widespread use of NSO's military-grade Pegasus spyware to target journalists, human rights activists and politicians in multiple countries.