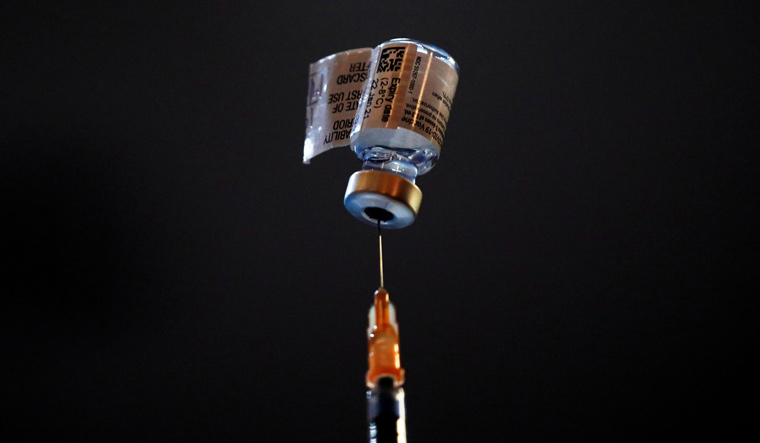 The Centre for Countering Digital Hate, cited by the White House, in a report said that majority misinformation about COVID-19 anti-vaccine and related conspiracy theories originated from just 12 people

CCDH is a UK/US non-profit and non-governmental organisation. After analysing about 812,000 Facebook posts and tweets, the CCDH, in March found that 65 per cent came from these online personalities dubbed as the ‘disinformation dozen’. They have a combined following of 59 million people across multiple social media platforms, with Facebook having the largest impact.

US Surgeon General Vivek Murthy, on July 16, warned about misinformation on social media platforms and called it a public health threat as it has led to the loss of life and prolonged the pandemic. on July 17, President Joe Biden, talking about misinformation on social media, told the AFP, "They're killing people. The only pandemic we have is among the unvaccinated. And they're killing people." White House officials have asked

US health experts have said that social media platforms should weed out widespread misinformation. "There is a clear message that is coming through: this is becoming a pandemic of the unvaccinated," Centers for Disease Control and Prevention director Rochelle Walensky said.

According to the report by CCDH, the dozen are responsible for 73 per cent of anti-vaccination posts on Facebook alone. And 95 per cent of the COVID-19 misinformation reported on these platforms were not removed, the Guardian reported. The vaccines have been tested and deemed safe and effective by researchers and health experts

“Facebook, Google and Twitter have put policies into place to prevent the spread of vaccine misinformation; yet to date, all have failed to satisfactorily enforce those policies,” wrote CCDH’s CEO, Imran Ahmed, wrote in the report. “All have been particularly ineffective at removing harmful and dangerous misinformation about coronavirus vaccines,” he added.  The CCDH is calling on Facebook and Instagram, Twitter and YouTube to completely ban the disinformation dozen, as they have been instrumental in creating vaccine hesitancy at a crucial moment in the pandemic.