'India has a huge interest in Afghanistan,' says Russian diplomat 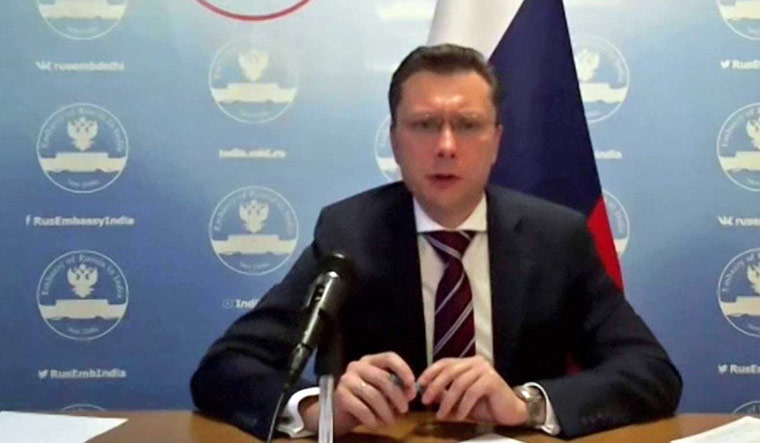 Roman Babushkin, the deputy chief of mission of the Russian embassy in India | Twitter

India has a huge interest in Afghanistan and it is up to India to decide in which manner it wants to continue engaging with Afghanistan, a country where India has invested deeply in social and economic development, said Roman Babushkin, the deputy chief of mission of the Russian embassy in India. He said that the Taliban was the current reality in Afghanistan, and therefore, part of intra Afghan talks.

“Regional co-operation is even more important for Afghanistan after the sudden departure of the western forces,'' said the Russian ambassador to India Nikolay Kudashev. While both India and Russia are on the same page when it comes to the need for intra-Afghan talks as the way forward in the country, on the issue of Taliban, there is a difference. Russia has engaged with the Taliban and even hosted Taliban representatives in talks, where a reluctant India sent two former diplomats in a `non official' capacity in 2018.

India is loath to engage with the Taliban, and voices its position in ambiguity, saying it will deal only with the legitimate and democratically elected government of Afghanistan. Will the Taliban ever be part of such a government? Russia hopes so and therefore terms the Doha Peace talks as encouraging. Babushkin said that it was important to motivate as many parties as possible to get into intra Afghan talks. The Russians also said they would continue to engage with India at bilateral and multilateral levels for close consultations on the way forward in Afghanistan.

Kabul aside, Moscow and New Delhi's ties hope to get stronger this year with a visit by Russian President Vladimir Putin, if the epidemiological situation permits. The two countries will also hold their first-ever 2+2 talks (foreign and defence ministers together), later this year. This is the format India has for talks with the US and Japan, to bring together a convergence in diplomatic and security discussions. The 2+2 format with Russia should take off a bit of the sting from not just the 2+2 format with the US, but also the increasing importance that the Quadrilateral Security Dialogue (India, US, Japan and Australia) is gaining.

US president Joe Biden hopes to have a meeting of the leaders of the four nations later this year. There is a slew of other multilateral meets, too, where Russia and India will engage at various levels. India takes over the presidency of the BRICS this autumn, there are also the Shanghai Cooperation Organisation and the RIC meets scheduled later this year.

Not just diplomatic, the person to person ties too are strong. Russia issued over 10,000 visas to Indians after air travel opened up, and over half of these were tourist visas. More than 3,000 visas were for students.