'By being cautious we have the chance to save many thousands of lives,' Johnson said 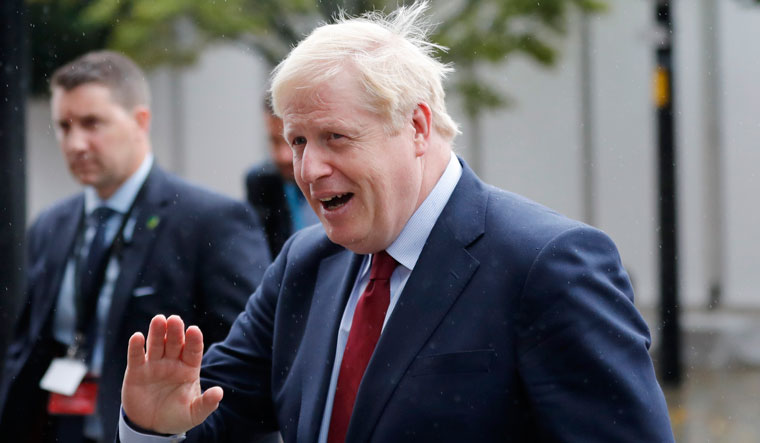 UK PM Boris Johnson on Monday said restrictions on social contact could be lifted on July 19, excepting the emergence of an unexpected virus variant.

Chief medical officer for England, Professor Chris Whitty, told The Guardian that within four weeks the additional jabs would offer sufficient protection to halt a surge in hospitalisations and said there would come a point where the country would be able to live with the virus in relative normality.

Whitty and Johnson also said that expediting vaccination for the over-40s was crucial as it could prevent thousands of deaths. The data of the progress in vaccination and COVID-19 numbers would be reviewed in two weeks, but the PM’s office said it likely that the restrictions would remain.

Senior ministers too, have come on board with extending virus-related restrictions. The prime minister said that administering both doses of the vaccine was needed to combat the Delta variant, first discovered in India.

“Now is the time to ease off the accelerator, because by being cautious now we have the chance in the next four weeks to save many thousands of lives by vaccinating millions of more people,” Johnson said.  The extension to lift restrictions is likely to elicit critical comments towards Johnson from Conservative MPs.

In May, the UK was ready to reopen—pubs and restaurants were gearing up to greet patrons, people were looking forward to social gatherings and travellers were making holiday plans. But, even then, the danger of the new variant detected in India loomed and health officials had said that it would be prudent to be cautious as cases of the Delta variant had spiked.

On June 9 the government announced that virus restrictions would remain in place till June 15, as virus cases hadn’t abated.

Shadow Secretary of State for Health and Social Care Jon Ashworth, blamed the delay of lifting restrictions on Johnson. He said, “We are here because Boris Johnson left our borders as secure as a sieve with a weak, puny border policy that allowed the Delta variant to reach our shores.”

Whitty said the link between cases and hospitalisations had been “substantially weakened” but not “completely stopped” by the vaccine rollout. He also added, “We will have to live with this virus – which will continue to cause severe infections and kill people – for the rest of our lives.”

As per the current restrictions, pubs remain restricted to table service; the mandate of ‘whoever can continue working from home must do so,’ remains in place; theatres can function with 50 per cent capacity and nightclubs will remain closed. Weddings can be held but can be attended only by 30 people.