Pakistan: Over 20 dead, many injured after bus plunges into ravine 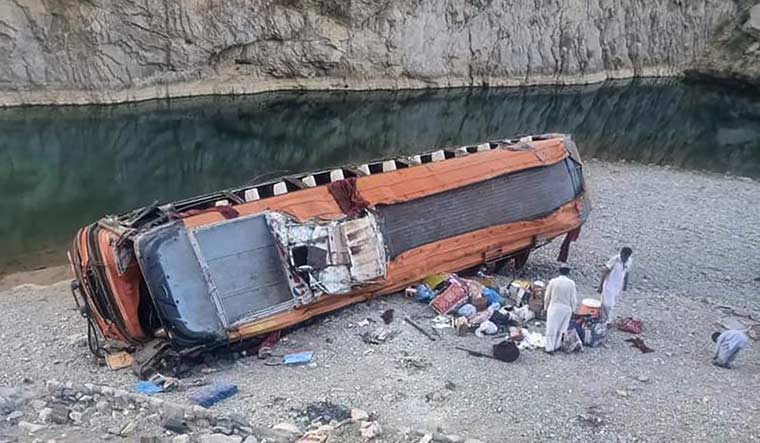 Locals gather supplies next to a damage bus at the site of accident in Khuzdar, a remote district in the Pakistan's southwestern Baluchistan province, Friday, June 11, 2021 | AP

23 people have died after the bus they were travelling in crashed in southwest Pakistan on Friday, plunging into a ravine in the Karkh area of the Khuzdar district in Balochistan. Several others were injured, with a local official telling AP that not a single passenger was uninjured, adding that several pilgrims were sitting on the bus’s roof.

The bus was reportedly overloaded with pilgrims travelling from Wadh in Balochistan to Dadu in Sindh, Dawn reported. The driver lost control while making a sharp turn. One injured passenger, Imran Ahmad, said the driver had been “enjoying music” and driving recklessly. Officials are investigating the matter.

The accident comes just days after 63 people were killed after two passenger trains collided in Sindh provnice, leaving over 100 injured.