Pakistan: At least 30 killed, 50 injured after 2 trains collide in Sindh 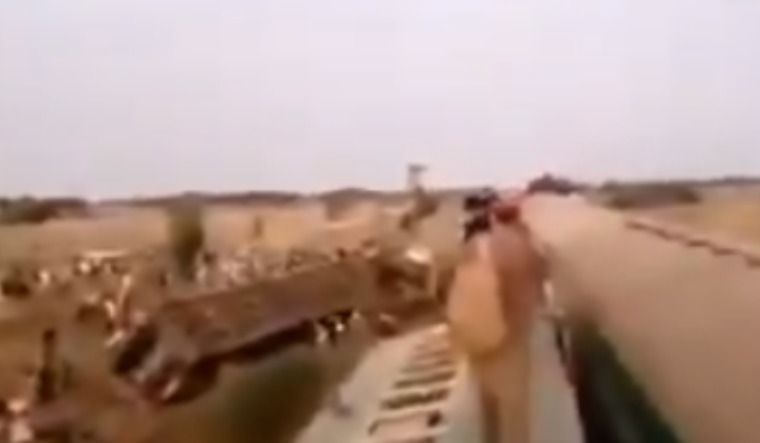 Two trains collided in Pakistan’s southern Sindh Province on Monday, killing at least 30 people and injuring 50 others, according to officials.

The Sir Syed Express, headed from Lahore to Karachi, collided with the Millat Express after it derailed on the way to Sargodha from Karachi, Dawn news reported.

The major accident, in which bogies of the Millat Express train overturned, took place near Dharki, a city located in the Ghotki district of upper Sindh, it said.

An emergency has been declared at hospitals in Ghotki, Dharki, Obaro and Mirpur Mathelo.

Ghotki Deputy Commissioner Usman Abdullah said at least 30 people have been killed while 50 others were injured in the incident, the report said.

Officials were also facing difficulty in rescuing the people trapped inside the overturned bogies.

Speaking to Geo News, the deputy commissioner said that 13 to 14 bogies have derailed in the accident while six to eight were "completely destroyed".

He said that rescuing passengers who are still trapped is a "challenge" for the rescue officials.

A relief train has departed from Rohri, he said.

"This is a challenging task. It will take time to use heavy machinery to free citizens (still trapped). We are also establishing a medical camp to provide medical aid to citizens," he said.

Ghotki SSP Umar Tufail said that passengers are still stuck in one of the bogies and “we fear more casualties".

Rescue and relief officials were rushed to the spot.