UK to relocate thousands of more Afghans as troops pull out 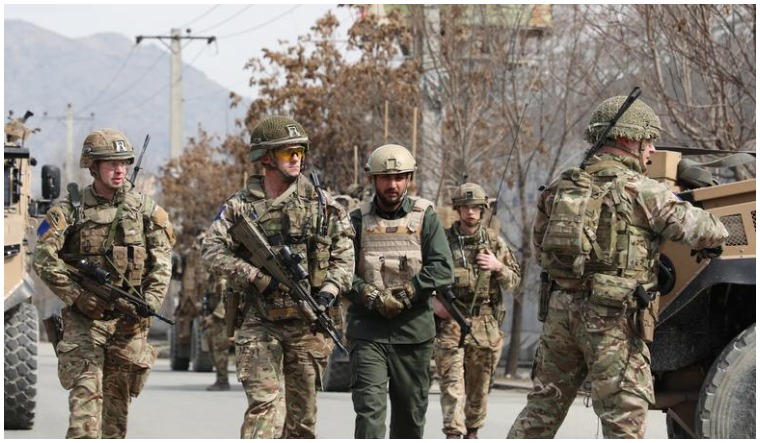 File: British soldiers with NATO-led Resolute Support Mission arrive at the site of an attack in Kabul, Afghanistan | Reuters

The UK has announced that thousands more Afghans who worked for the British troops would be able to settle in the UK as troops pull out and fears for the safety of the Afghans grow.

The programme allowing Afghans who worked as interpreters for the British troops—The Afghan Relocations and Assistance Policy was launched this year and over 1,400 Afghans and their families have been relocated to the UK. Hundreds of the families received financial aid for education and training.

About 3,000 more Afghans, including those who worked for the British military and the UK government, mostly as interpreters, and family members are expected to be relocated to the UK.

Defence Secretary Ben Wallace said it was "only right" to accelerate plans to relocate the Afghans or they might “be at risk of reprisals” from the Taliban.

Wallace said, "This is allowing people a route to the United Kingdom for safety, the people who supported the British armed forces and the British government over many, many years in Afghanistan who feel they are in danger and it's absolutely right that we stand by those people.”

Earlier versions of the scheme limited the number of people who could be relocated, as they were being considered based on their specific roles and length of their service.

Home Secretary Priti Patel said the move is "a moral obligation".  “I'm pleased that we are meeting this fully, by providing them and their families the opportunity to build a new life in this country," Patel added.

Concern over the safety of the interpreters has been in the spotlight since the British forces ended combat operations in Helmand in 2014.

Logistics on how the Afghans would be flown out of the country along with the British troops will need to be worked out. The government will also need to liaise with local authorities on where and how to resettle the Afghans.