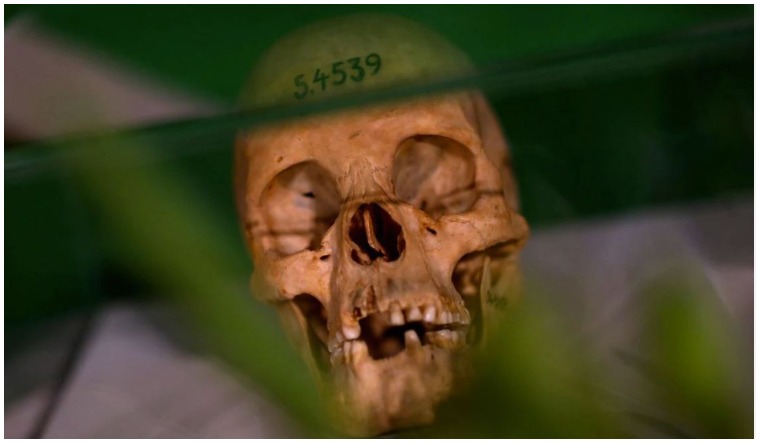 Human skulls from the Herero and ethnic Nama people are displayed during a ceremony in Berlin, Germany, August 29, 2018, to hand back human remains from Germany to Namibia following the 1904-1908 genocide against the Herero and Nama | Reuters

Germany on Friday said it would set up a fund amounting to 1.1 billion Euros (approx.$1.34 billion) as a gesture of acknowledging suffering after it formally recognized as genocide the crimes committed by its colonial troops at the beginning of the 20th century against the Herero and Nama people in what is now Namibia.

German Foreign Ministry said legal compensation claims would not be deducted from it and that descendants of the affected communities will have a say in how the fund would be utilised.

The funds would most probably be used for infrastructure projects in what was during Berlin’s colonial rule known as German South-West Africa. Between 1904 and 1908 colonial troops killed at least 60,000 Hereros and about 10,000 Namas who rebelled against German rule. Namibia was under German control from 1884 to 1915.

German Foreign Minister Heiko Maas said that representatives of the Herero and Nama communities were closely involved in negotiations with Namibia that began in 2015.

A declaration recognising the genocide is expected to be signed by German Foreign Minister Heiko Maas in the Namibian capital, Windhoek, in early June. It will then be ratified by parliaments of both nations. While the joint declaration will recognise actions by German troops as genocide, words like 'repatriation' and 'compensation' would be omitted from the document.