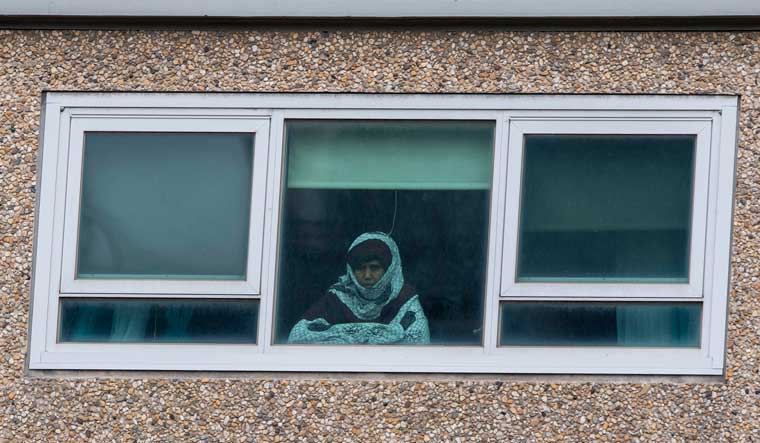 A woman looks out a window from a locked-down public housing tower in Melbourne, Monday, July 6, 2020 | AP

Australia’s second most populous state of Victoria on Friday entered a week-long lockdown over concerns about a "highly infectious" variant of COVID-19 first detected in India.

There are now over 15,000 primary and secondary contacts who have been asked to isolate after the latest outbreak which ended over 80 days without a known case of transmission in the state.

Genomic testing has confirmed the outbreak originated from a Wollert man who was infected weeks ago while staying in South Australia's hotel quarantine programme.

Authorities on Friday revealed the fifth recorded case in the cluster, which was probably the source of infection for the other 29, had likely been in the community while infectious for around 11 days.

The case may have been symptomatic around May 13, but did not get tested until they were identified as a close contact of the first recorded case in the series on Monday.

In a press conference, state's Chief Health Officer Brett Sutton said: "We have to see how the days ahead play out."

The state government is expanding the vaccine eligibility to include anyone aged between 40 and 49.

Victorians can leave their home in five conditions: care and caregiving, exercise, work and buying groceries and getting vaccinated.

A record single-day number of 124,000 COVID-19 vaccine doses were administered in Australia over the past 24 hours including over 30,400 Victorians who got vaccinated on Thursday alone.

Genome sequencing has confirmed the COVID-19 cases in the state are from the variant that was first detected in India.

"Our public health experts' primary concern is just how fast this variant is moving," Victoria's Acting Premier James Merlino said on Thursday. "We've seen overseas how difficult that movement can be to control," he said.

Expressing concern over how fast the virus was spreading, Merlino said the time between people catching the virus and passing it on was "tighter than ever".