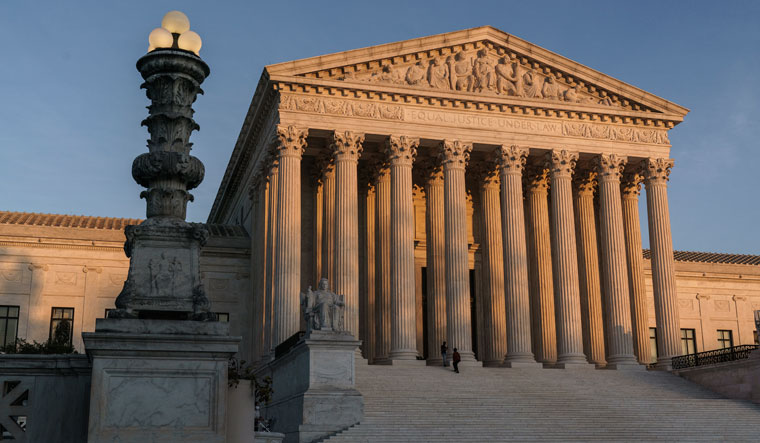 The US Supreme Court agreed Monday to consider a major rollback of abortion rights, saying it will decide whether states can ban abortions before a fetus can survive outside the womb.

The court's order sets up a showdown over abortion, probably in the fall, with a more conservative court seemingly ready to dramatically alter nearly 50 years of rulings on abortion rights.

The court first announced a woman's constitutional right to an abortion in the 1973 Roe v. Wade decision and reaffirmed it 19 years later.

The case involves a Mississippi law that would prohibit abortions after the 15th week of pregnancy.

The state's ban had been blocked by lower courts as inconsistent with Supreme Court precedent that protects a woman's right to obtain an abortion before the fetus can survive outside her womb.

The justices had put off action on the case for several months. Justice Ruth Bader Ginsburg, an abortion-rights proponent, died just before the court's new term began in October.

Her replacement, Justice Amy Coney Barrett, is the most open opponent of abortion rights to join the court in decades.

Barrett is one of three appointees of former President Donald Trump on the Supreme Court.

The other two, Justices Neil Gorsuch and Brett Kavanaugh, voted in dissent last year to allow Louisiana to enforce restrictions on doctors that could have closed two of the state's three abortion clinics.

Chief Justice John Roberts, joined by Ginsburg and the other three liberal justices, said the restrictions were virtually identical to a Texas law the court struck down in 2016.

But that majority no longer exists, even if Roberts, hardly an abortion-rights supporter in his more than 15 years on the court, sides with the more liberal justices.

The Mississippi law was enacted in 2018, but was blocked after a federal court challenge.

The state's only abortion clinic remains open. The owner has said the clinic does abortions up to 16 weeks.

The case is separate from a fight over laws enacted by Mississippi and other states that would ban most abortions as early as six weeks when a fetal heartbeat may be detected.

The Mississippi law would allow exceptions to the 15-week ban in cases of medical emergency or severe fetal abnormality. Doctors found in violation of the ban would face mandatory suspension or revocation of their medical license.