The interception was made in north Arabian Sea 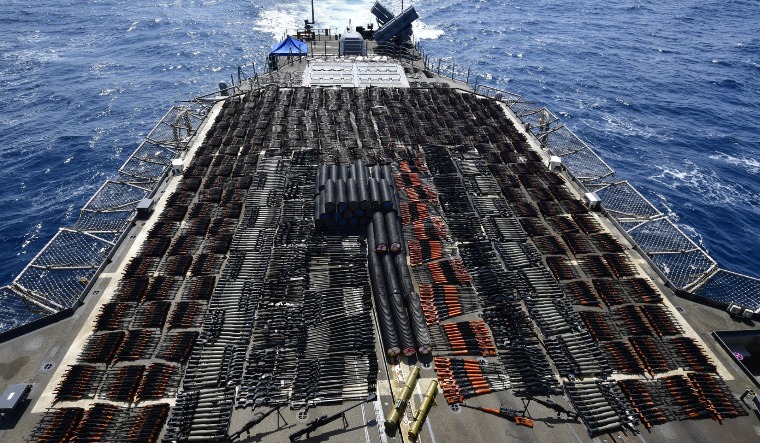 The US Navy’s Fifth Fleet announced on Sunday that it seized an arms shipment hidden aboard a vessel in the Arabian Sea. The cache of weapons is the latest such interdiction by sailors amid the long-running war in Yemen.

The interception was made in the north Arabian Sea after the vessel was spotted by an SH-60 Seahawk helicopter flying from the USS Monterey. The raid took place between May 6 and 7.

“After all illicit cargo was removed, the dhow was assessed for seaworthiness, and after questioning, its crew was provided food and water before being released,” the Fleet said.

The navy isn’t yet sure of where the fleet carrying Chinese-made arms originated from. Weapons included Kalashnikov-style assault rifles, sniper rifles, heavy machine guns and rocket-propelled grenade launchers. Over the years, small arms have been smuggled into poorly controlled ports to conflict-ridden Yemen, where Iranian-backed Houthi rebels have been battling a Saudi-led military coalition since 2015, AP reported.