‘Tonight, we stand in solidarity with millions of families across India,’ Harry said 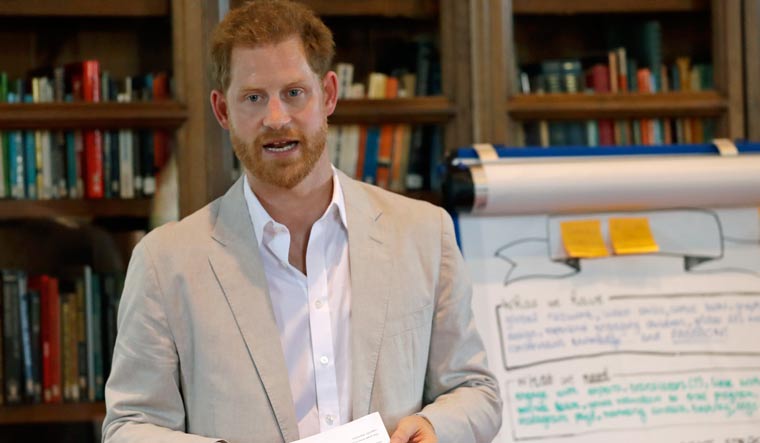 Prince Harry, on Sunday, addressed a Global Citizen’s VAX Live concert. Harry, who is expecting a baby with his wife Meghan Markle made his first public appearance after coming back from his grandfather Prince Philip’s funeral. Prince Harry was joined by artists like Jennifer Lopez, Ben Affleck and Sean Penn. The pre-taped message recorded on Sunday at the SoFi Stadium in Los Angeles would be played at stadium on May 8, where people will be seated socially distanced.

"Tonight, we stand in solidarity with the millions of families across India, who are battling a devastating second wave," said Prince Harry. "The virus does not respect borders, and access to the vaccine cannot be determined by geography," he added. His wife Meghan, who did not attend the funeral on account of her pregnancy did not make an appearance at the concert. The concert that aims to battle vaccine disinformation and call on world leaders and corporations to take action and make donations, was organised by by Global Citizen, an international advocacy organization.

"But we're also coming together because this pandemic cannot end unless we act collectively with an unprecedented commitment to our shared humanity. The vaccine must be distributed to everyone everywhere. We cannot rest or truly recover until there is fair distribution to every corner of the world. The mission in front of us is one we cannot afford to fail out and that's what tonight is about. The virus does not respect borders and access to the vaccine cannot be determined by geography. It must be accepted as a basic right for all and that is our starting point," Harry said.

Pope Francis said, "I beg you not to forget the most vulnerable."

“Over the past year, our world has experienced pain, loss and struggle – together. Now we need to recover and heal – together," Meghan and Harry had said in a previous statement. President Joe Biden and songster Selena Gomez also called for donations. As for the performances, Jennifer Lopez performed a singalong of "Sweet Caroline."

The Foo Fighters were joined by Brian Johnson of AC/DC for a rendition of "Back in Black."

The concert will stream on YouTube along with American television networks ABC and CBS on May 8 at 8:00 pm ET (midnight GMT).