"The Chinese side stands ready to strengthen cooperation with the India," he wrote 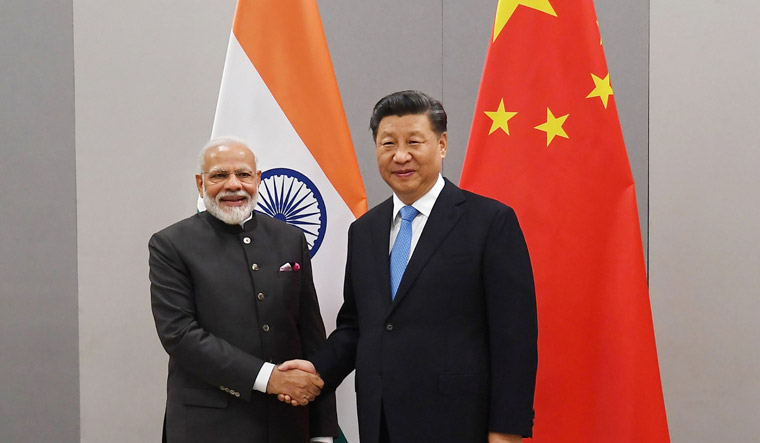 Chinese President Xi Jinping on Friday wrote to Prime Minister Narendra Modi and expressed readiness to strengthen cooperation with India to fight the pandemic and provide support and help to deal with the current surge of COVID-19 cases in the country.

President Xi sent a message of sympathy to Prime Minister Modi over the COVID-19 pandemic in India, the official media here reported.

"I am very concerned about the recent situation of COVID-19 pandemic in India. On behalf of the Chinese Government and people, as well as in my own name, I would like to express sincere sympathies to the Indian government and the people," according to the message from President Xi to Prime Minister Modi.

"The Chinese side stands ready to strengthen cooperation with the Indian side in fighting the pandemic and provide support and help in this regard. I believe that under the leadership of the Indian government, the Indian people will surely prevail over the pandemic," Xi said.

"Humanity is a community with a shared future. Only through solidarity and cooperation can countries around the world ultimately defeat the pandemic," the Chinese president said.

After Xi's letter to Modi, Chinese Foreign Minister Wang Yi spoke to External Affairs Minister S Jaishankar on the phone and offered support and cooperation to India's efforts to deal with the massive surge of the COVID-19 in the country.

Stating that China is very concerned about the new round of coronavirus cases in India, Wang said as a close neighbour and partner, China understands the challenges India is facing and is ready to provide support and assistance to the best of its ability, a press release issued by the Chinese Foreign Ministry here said.

Wang said the Red Cross Society of China, local governments, non-governmental friendship organisations and enterprises have extended assistance to the Indian side. China hopes and believes that the Indian government and people will achieve victory in the fight against the epidemic, he said.

He said China will organise video exchanges between health and epidemic prevention experts of the two countries to share experience and effective measures in fighting the epidemic, the press release said.

In New Delhi, Jaishankar said that he highlighted the importance of supply chains and air flights being kept open in these circumstances. Welcomed his assurances in that regard, as also more openness to Indian chartered flights.

There were reports of difficulties being faced by some US firms in sending medical shipments from China to India.

Jaishankar also said he discussed with Wang the international cooperation aspects of the public health response to the difficult situation.

The messages from President Xi and Foreign Minister Wang to Prime Minister Modi and External Affairs Minister Jaishankar came amidst tensions along the disputed border between India and China.

The militaries of the two countries are yet to agree on disengagement from the remaining areas of eastern Ladakh after the withdrawal of troops and weapons from the North and South banks of Pangong Lake in February following a series of military and diplomatic talks.

The two sides are now engaged in talks to extend the disengagement process to the remaining friction points.

Jaishankar also said he discussed with Wang the issue of full and sincere implementation of the Moscow Agreement of complete disengagement at all friction points along the Line of Actual Control (LAC) and full restoration of peace and tranquility in eastern Ladakh.

"Agreed to continue discussions in this respect," he tweeted.

There was no mention of the border standoff in the Chinese foreign ministry statement on Wang's conversation with Jaishankar.

Since April, China has exported more than 26,000 ventilators and oxygen generators, more than 15,000 medical monitors, and nearly 3,800 tonnes of medical materials and medicines to India, he said.

He also said cargo flights to India are in smooth operation. In the recent two weeks, multiple flights have been conducted from China to India, he said.

On April 26, state-run Sichuan Airlines, which operates 11 cargo flights to India has suspended causing disruption of procurement of oxygen concentrators by private companies to from India to augment supplies.

After media reports, the airline has retracted its decision and said it is working out a new plan to resume the services.

But, so far, it has not announced any new schedule.

China reported the first COVID-19 case in the central Chinese city of Wuhan in late 2019 and since then the deadly disease has become a pandemic, affecting more than 150,618,000 people and over 3,168,500 deaths worldwide.