Fine of up to Rs 37.66 lakh for citizens returning home despite travel ban 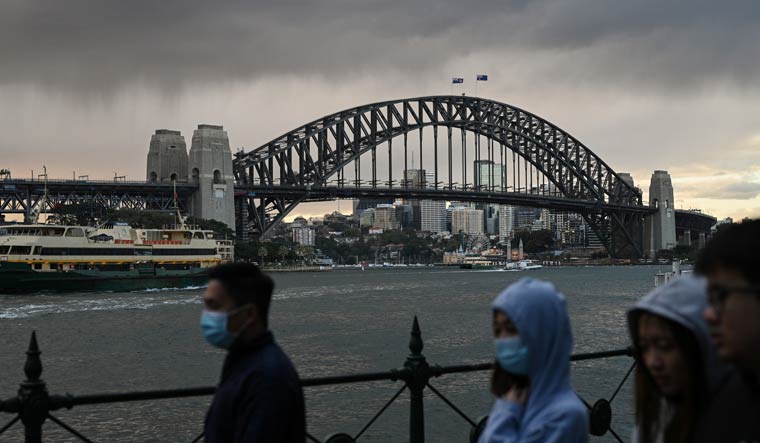 People walk in front of the Sydney Harbour Bridge as the state of New South Wales continues to report low numbers for new daily cases of the coronavirus disease (COVID-19) in Sydney, Australia, August 19, 2020 | REUTERS/Loren Elliott

With some of the tightest and longest-running travel restrictions since the start of the COVID-19 pandemic, Australia has managed to largely contain the virus—recently opening up its borders to fellow victor against the coronavirus, New Zealand.

However, as India faces a devastating second wave of coronavirus infections, Australia is considering tightening its restrictions on its own citizens, who have till now only been allowed to return in batches, limiting the number who may enter each week. This could include a fine of up to AUD 66,000 (Rs 37.66 lakh) for Australians who try to enter Australia from India.

According to a report published by the Sydney Morning Herald, Australia’s federal government is planning to invoke powers under the Biosecurity Act, tightening restrictions including adding a fine or a possible five-year jail sentence for those who would travel home from India. The new measures could be in place as early as Saturday, and would affect those with a history of travel to India within 14 days of arrival.

On April 27, Australia banned all direct flights from India until May 15, and paused eight repatriation flights.

Australia has had 29,801 cases of COVID-19, having faced two waves of infections so far but with only a trickle of new cases since September last year. India has been facing over 3 lakh new infections a day, as the second wave of infections pushes the country's healthcare system past its limits.