The Alabays, used by herders are among the world’s largest dogs 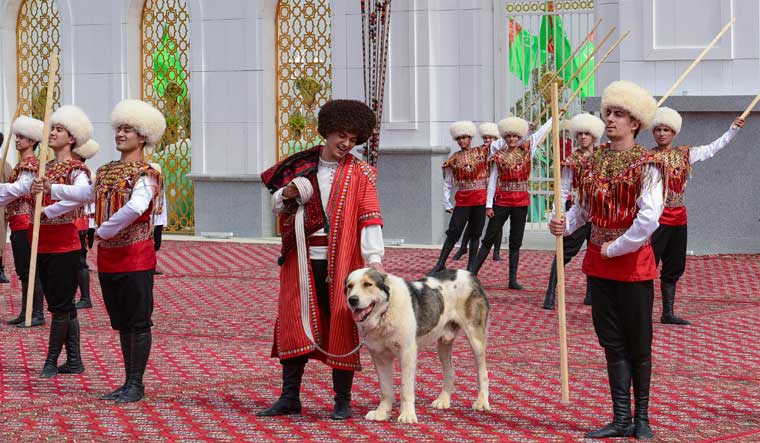 Berdymukhamedov established the state holiday to encourage people to venerate the huge dog breed as a source of national pride. Last year a six-metre high gilded statue of an Alabay dog was installed at a busy traffic circle in the capital, Ashgabat. The holiday falls on the same day the native Akhal-teke horse, known for its speed and endurance is celebrated.

The Alabays can weigh up to 80 kilos when fully grown and are among the world’s largest dogs. They were traditionally used by herders.

Crowds gathered at Ashgabat, clapped and cheered as the animals were judged on their appearance and agility. The top prize went to a dog that belongs to the country's border force, a Guardian report reads. Since being elected, President Gurbanguly Berdymukhamedov has gifted several leaders with horses or dogs, including one to Russian President Vladimir Putin, 2012. A video of mistreatment of the puppy gifted to Putin went viral in 2017 and drew criticism from around the world. President Berdymukhamedov has also written a book about the breed.