13 dead as SUV plunges into irrigation canal in Philippines

The group was on their way to a locally popular lake 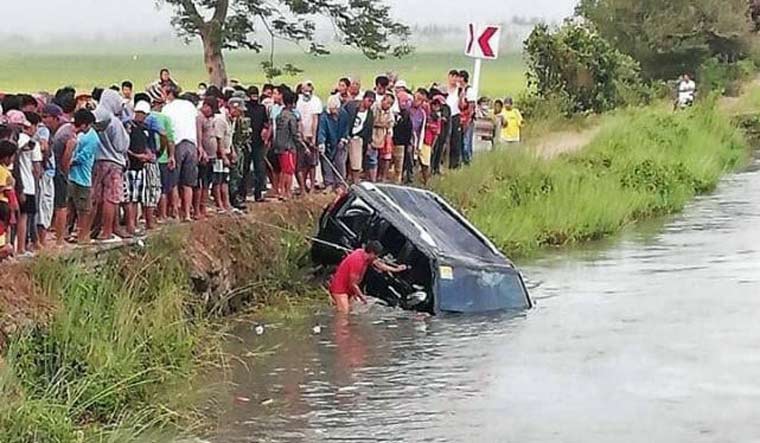 The vehicle being pulled out of the irrigation canal | Facebook

Thirteen people died after an SUV plunged into an irrigation canal in Kalinga province in the Philippines on Sunday. Seven of the victims were children, the police of Tabuk city, where the incident took place said. The driver was among those who lost their lives in the accident.

The group was on their way to a locally popular lake. As per reports from initial investigations, the driver, Soy Lope Agtulao lost control of the vehicle. The SUV skidded off the road and plummeted into the canal. Most of the victims were taken to two Kalinga hospitals. Road accidents are common in the Philippines' mountainous regions due to dilapidated vehicles, lack of railings and road safety signages.

Four of the victims were from Tadian, Mt. Province while the rest were residents of Tabuk City. Kalinga Governor Ferdinand Tubban has said the Provincial Social Welfare and Development Office (PSWDO) will provide the necessary assistance to the families of the victims.