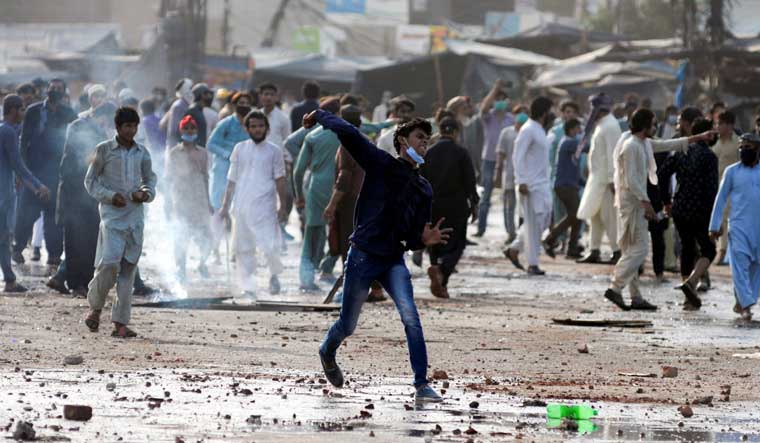 The French embassy in Pakistan on Thursday advised all French citizens and companies to leave the country amid the ongoing protests against France.

Pakistan's Dawn quoted a French embassy email as saying, “Due to the serious threats to French interests in Pakistan, French nationals and French companies are advised to temporarily leave the country... the departures will be carried out by existing commercial airlines."

Anti-French sentiment had risen drastically since last year after French President Emmanuel Macron refused to condemn controversial cartoons that appeared in a French magazine. The cartoons depicting Prophet Mohammed were perceived as being offensive by many Muslims.

In recent days, the Tehreek-i-Labbaik Pakistan (TLP), an Islamic group, had been holding protests seeking the expulsion of the French ambassador by April 20. On Wednesday, Pakistan's government moved to ban the TLP. The detention of TLP leader Saad Rizvi on Monday brought thousands of his supporters out on the streets across Pakistan.

The action to ban TLP was taken under the country's anti-terrorism law.

At least seven people had been killed and 300 policemen injured in the TLP protests.

Pakistani leaders, including Prime Minister Imran Khan, had spoken out against Macron and accused the French president of encouraging Islamophobia.