Adverse climate is being touted as a reason for the crash 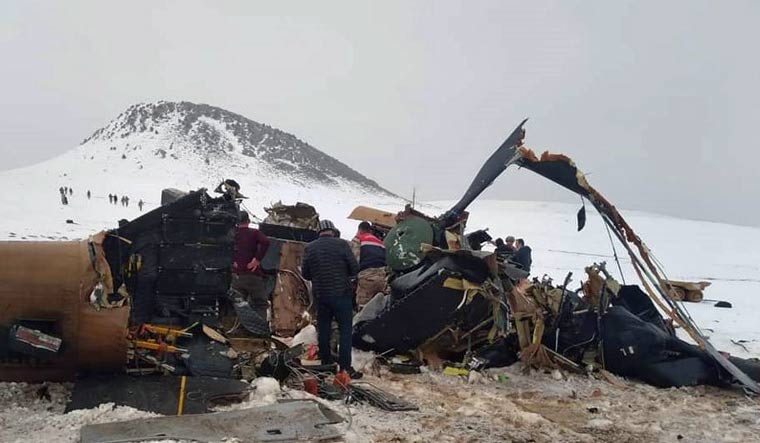 Two were injured and 11 on board were killed when an army helicopter crashed in eastern Turkey on Thursday, the Defence Ministry said. The crash took place near the village of Cekmece, close to the town of Tatvan, on Thursday afternoon. The Cougar-type helicopter was carrying military personnel including Lieutenant-General Osman Erbas, an army corps commander. The cause of the crash isn't known.

The US and the European Union have expressed their condolences. “We share the deep sorrow of Turkey for the loss of nine military personnel in Bitlis,” said the EU’s Turkey ambassador Nikolaus Meyer-Landrut told AP.

Visibility being hampered due to ground blanketed in snow and thick clouds in the mountainous region is being touted as a possible cause for the crash. Turkey President Recep Tayyip Erdogan offered condolences to Erbas' family via a phone call.

The crash occurred in an area where Turkish troops have been combating militants of the banned Kurdistan Workers' Party or PKK. In 2017, 13 military personnel were killed when a Cougar helicopter crashed into power lines near Turkey's border with Iraq.