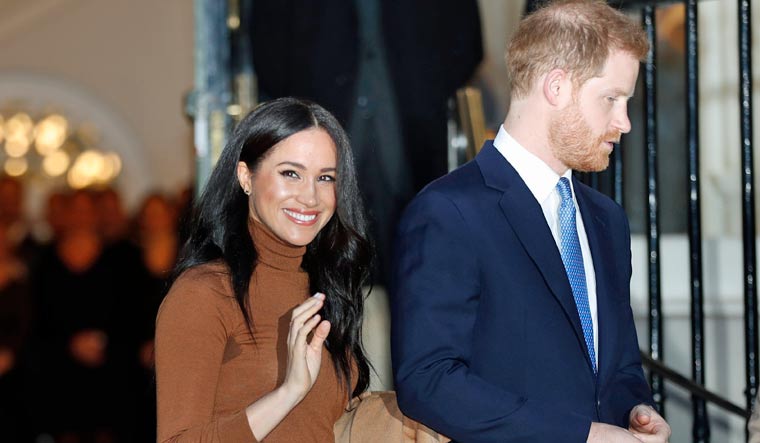 Prince Harry's wife Meghan Markle, while talking to American talk show host Oprah Winfrey in an interview said, that the Buckingham Palace is “perpetuating falsehoods” about her and her spouse. She added that the couple won’t be silent in telling their story.

The Duke and Duchess of Sussex talked in length about why they stepped down as senior members of the royal family. The interview is slated to be broadcast in the US on Sunday.

Buckingham Palace, on Wednesday, said that it was investigating claims of a former royal staffer that they had been bullied by Markle. The complaint raised by the aide in October 2018 alleged the Duchess reduced some of her assistants to tears and treated others so badly that they had to quit.

In a teaser clip, Winfrey is heard asking Markle, “How do you feel about the Palace hearing you speak your truth today?” To this Markle replies, "I don't know how they could expect that, after all of this time, we would still just be silent if there is an active role that The Firm is playing in perpetuating falsehoods about us. And if that comes with a risk of losing things, I mean, there's a lot that's been lost already.” The bullying allegations surfaced on Wednesday.

In the clip, Winfrey is sent telling the duo that no topic is off the limits. Markle and her husband Prince Harry are expecting their second child.