US: FBI director warns of growing threat of violent extremism

‘January 6 was not an isolated event' 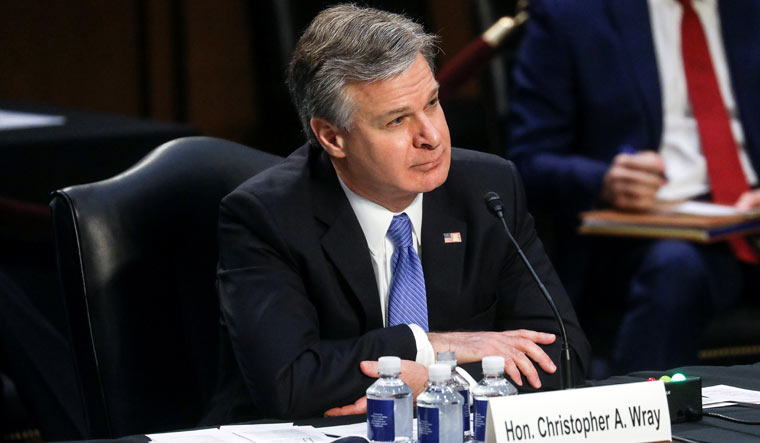 FBI Director Christopher Wray, at his appearance in front of the Senate Judiciary Committee, condemned the attack on the US Capitol and called it ‘domestic terrorism’. Wray made his first public testimony on the riots at the Capitol by Trump supporters in January, on Tuesday.

Wray, while condemning the way his agency handled an intelligence report lending a warning about the insurrection, also warned of a growing threat of violent extremism in the US, the law enforcement is scrambling to confront.

“January 6 was not an isolated event. The problem of domestic terrorism has been metastasising across the country for a long time now and it’s not going away anytime soon,” Wray said. He also rejected claims by Republicans that it was an anti-Trump group that stormed the Capitol.

The focus of Tuesday’s hearing was on what the FBI knew leading up to the insurrection.

Capitol Police leaders have said that they were unaware of the FBI sending an intelligence report anticipating the violence on January 6. Wray said of the FBI, “We did communicate that information in a timely fashion to the Capitol Police and in not one, not two, but three different ways.” He also said that the FBI is looking into what could have been done differently.

Wray, at the testimony, also said that there was no evidence the attack was planned or carried out by Antifa, a term used to describe leftist militants.